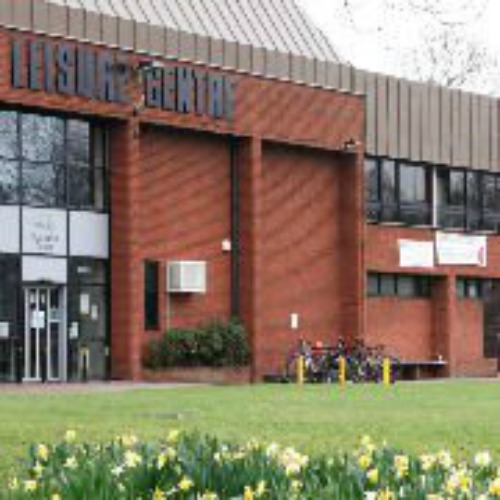 What can I say? I was naive. It seemed perfectly plausible to me at the time. A new recreation center was opening in my town. So my sister and I decided to be the FIRST people at the opening of the recreation center.

Seemed like an amazing idea at the time. We lived in a town where nothing of note happened…ever. My town did not have a police station or fire station. There was no town newspaper. I recall no robberies or other incidents in the time I lived there. Life in Wilmslow, Cheshire, England, was  predictable, that is for sure.

To 14-year-old me the opening of a recreation was big news. The biggest news story of my town and I would be part of it. Front and center. Standing outside the recreation center when the Lord Mayor cut the ribbon. I pictured myself on the front page of the neighboring town’s newspaper. Of course press would be there. Why wouldn’t reporters be at an opening of such magnitude?

My sister and I dressed to the nines. No school uniforms for us. No athletic clothes either. We got up very early in the morning to walk to the Wilmslow Leisure Center with our swim bags. The grand opening was at 10 a.m. that Saturday and there was no way my sister and I were going to be late. After the “Grand” opening, we planned to be the FIRST in the pool.

Nada. Nyet. Zilch. Not a single person joined us in line. For 3 long hours we stood in line. It was England so the weather that spring morning was mild. No rain. Not all that cold. We looked up and down the street. We looked around and saw NO ONE. We were stunned. The grand opening of a leisure center in my sleepy little town was a huge event. Biggest event in decades…at least to me. So where were all the people?

There was a click. My sister and I both snapped our heads around to hear where the noise was coming from. We followed the click and looked up in time to see a lady opening the door of the leisure center. My sister and I were still the ONLY ones in line. I looked at the lady. I looked at my sister. And we both walked in to the leisure center. So much for being swamped by the papparazzi. Where were the TV news crews? No one tried to take our photos. No one interviewed us. It was a real let down to 14-year-old me.

But I was a kid and soon got over my disappointment. My sister and I walked in the door of the leisure center and went swimming!

← Gift Guide: Catching Up with #Supernatural Season 9
Living…uh…driving in a van down by the river… →