I used to scrapbook. I would meet up with friends for scrapbooking evenings. I would get so much done during those evenings of talking, scrapbooking, and of course eating and drinking wine! When I wasn’t scrapbooking with friends, I would pull out my photos and assemble and illustrate albums. But, life got busy. The scrapbooking group ended. It became easy to create online albums through Shutterfly since all my photos were digital. I don’t even want to think of when I last created a scrapbook. Probably the mid 2000s, maybe?

With graduation on the horizon for my oldest child, I am ready to get back to scrapbooking. I know I my scrapbooks won’t be as detailed or as all-encompassing as the ones I used to do. Until then, here’s a sampling of sports photos from summer and fall of 2005.

The oldest’s first volleyball team. Look at how tiny she was! 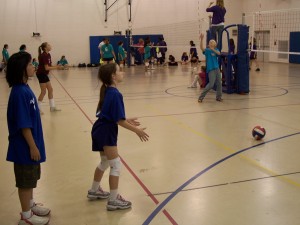 My oldest played volleyball and soccer in the fall of 2005. We never let kids double up on sports but she was so passionate about finally getting to play volleyball that we were won over. She never played soccer after that fall season. Volleyball became her number one and only sport. 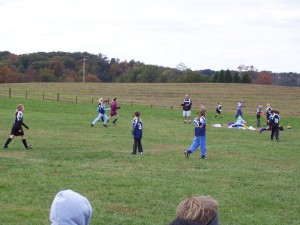 It was a very cold fall day for my middle child’s team. As you can see the kids are wearing sweatpants and sweatshirts under their uniforms. Brr. My poor baby was probably bundled in the stroller under blankets not enjoying the weather! 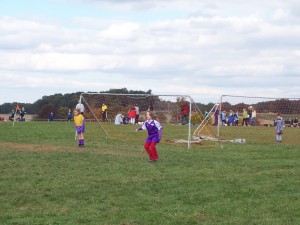 What are your favorite memories of kids’ sports teams?