Last October we pressed pause. Briefly. I knew that something awful was coming. Not a family issue or anything to do with jobs, but a change was coming. The second to last week of that month we braced. We prepped for a weather issue of unknown proportions. I’m not trying to be dramatic. Not at all. But Hurricane Sandy scared us.

You know that I am from England, the land of rain, cold, and wind, but all in moderation. I never owned snow boots until I moved to the U.S.. Rain boots, yes. If it rains in England, the rain is either a light mist or drizzle. In the U.S., rain comes in gallon buckets. Throw away the umbrella. Be prepared to be soaked through your clothing. Soaked to the bone is how I have described the heavy downpours to foreign visitors.

I’ve experienced weather the likes of which my English self could not imagine. Snowmageddon-like snow storms that result in 20-30 inches of snow and I live in Maryland…often considered a “southern” state. Golf ball-sized hail where you have to stop driving due to visibility. Fog as thick as pea soup. Wind so strong that a Little Tikes playhouse might blow off your play area and in to your kitchen window. True story. 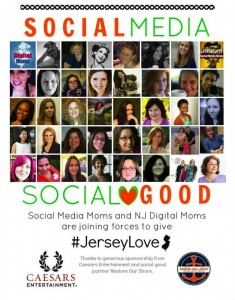 When Sandy was announced we wasted no time getting down to business. We did the milk and bread run to the grocery store, of course. We checked flashlights and lanterns had batteries. We charged electronic gadgets. We filled a bathtub…we have well water and can “survive” in our home for about 24 hours without electricity and a flushing toilet. With a full bathtub, we can stay a couple of more days as we have water to manually flush the toilet. I keep lots of hand sanitizer in stock. No running water to wash hands.

But, this preparation is what we would do for any impending rain or snow storm. With Sandy, our prep was on high alert. We stacked and secured the outdoor deck furniture. Took down the swings and glider from the swingset. Brought in the sand toys and bikes. Lashed the trash can to the recycling can. No way did we want to have anything outside hit our windows.

Once every last thing was lashed down and we had quite literally battened down the hatches, all we could do was wait. The waiting was awful. The reports were saying that Sandy would hit us hard. Not as hard as New England, New York, and New Jersey, but we were concerned. We stayed indoors. Watched the news. The news reports from the Maryland shore showed the damage to well-known beach restaurants. The boardwalks and shore line in Rehoboth Beach and Ocean City were damaged beyond belief. Watching a weather reporter hanging on to a slim railing while holding a microphone in his other hand was chilling. I recall yelling at the reporter “Go to a safe place!” The intensity of the storm ramped up as the day wore on. Breathing a sigh of relief that we kept our power, we retired to bed. After making sure that everyone had a flashlight and a water bottle, all I could do was listen to the storm beat down on my house. The noises from outside were deafening that night. Thankfully we sustained no damage to the outside of the house and we never lost power. A true miracle since the wind was so very strong.

The news reports from New Jersey were even harder to watch curled up as I was in the comfort of my home. I was shocked by the reports of how many were instantly homeless due to flooding. The destruction in New Jersey made what happened on the Maryland and Delaware shore look like a walk in the park. All I could do was hug my children tight and pray for anyone caught in Sandy’s path.

This coming June I will be joining a group of Social Media Moms and New Jersey Social Media Moms in Atlantic City. We will be part of the project to rebuild the Jersey shore so devastated by Hurricane Sandy. Stay tuned for more posts from me!

← Musings from Me Spring and Summer Gift Guide: The Windows 8X by HTC #Windows8X
When Was the Last Time I Blogged?! →