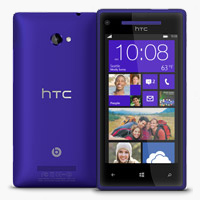 Despite my proclamations on the internet that I am #notatechie, I have actually been an early adopter of a couple of technologies. Shocking, right?

Once we had smartphones, we would look at each other and wonder how we survived without them. I know, I know I’m exaggerating just a smidge. But the smartphones are an essential communication tool. We text constantly. Updating each other on the afternoon pickup plans. Weighing the pros and cons of who will pickup Child #1, drop off Child #2, and hang out with Child #3 at home. And each day we have another conversation to figure out how we will drive #1,  #2, and #3…which parent will do the driving. Ugh, these calls are endless. 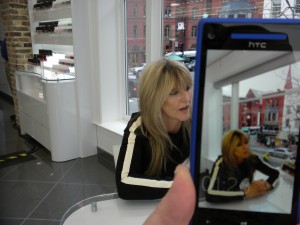 Taking video at an event in D.C. using the Windows 8X by HTC. Founder of Hot Legs Salon Products,, Gayna Elvin, explains the benefits of her wax products.

Without the ability to text and email, we would have had to rely on landline phones. I work from home, but I’m often out and about during the day. My husband works in a school and cannot always be reached by phone. Texts, emails, and phone calls give my husband and I the flexibility to plan, schedule, and manage all the family activities. We can contact each other on the go. Plan for who will pick up or drop off. Smartphones are an essential part of our family’s ability to communicate. Smartphones are a key communication tool for our family. If you have a basic phone and are thinking of making the switch, trust me you won’t regret moving up to a smartphone. Having access to family is so important.

My teens use iPhones, while my husband and I use Android platform phones. We’re all happy to have smartphones, that is for sure. Though I am happy with my phone, I do love learning about a new technology. One technology that I keep hearing about is the Windows platform phone. Reading posts and tweets about the new Windows had me intrigued. I may not be a techie, but I love new tech gadgets. Remember I’m an early adopter!

I was asked by HTC to give the Windows 8X smartphone a test drive. I rubbed my hand together gleefully when I heard I would get a chance to try out this new phone. I heard that Windows phones were easier to use. I wanted to see if that was true. Have I mentioned that I am #notatechie? I have a hit or miss method for using gadgets. I get it done, but it’s not pretty.

Out and about in Washington, D.C. snapping pics — The Washington Metro…breakdancing on a street corner…Chinatown.

So how did I do with the Windows 8X by HTC phone? I know you want my #notatechie perspective! Here’s what I found:

Final thoughts…I would highly recommend this smartphone to just about anyone…new user, veteran smartphone user, teens, mom-on-the-go, super user. From the sound quality of Beats Audio to the games for the kiddies, the phone has many qualities for the whole family. Built organization apps help increase productivity…OneNote for notes and lists, Microsoft Office with its SkyDrive for documents and memos, Calendar, Calculator, and many more round out the Windows 8X by HTC.

I was not compensated for this post, but was sent a phone for an extended review period. The views expressed in this post are my own. I follow the tenets of Blog With Integrity.