Disclosure: I was invited to a blogger event at my local Papa Murphy’s Take ‘N’ Bake Pizza. I was given two pizzas and a tub of cookie dough as samples. I am a Papa Murphy’s Mom. 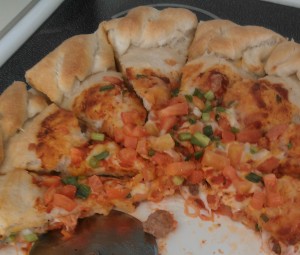 I know I’ve mentioned before that I had a nomadic childhood. If you ask me where “home” is, I could give you a couple of answers. You see, I was born in England, lived there til I was 4, moved to the United States til I was 8, moved back to England til I was 10, back to the U.S. til I was 11, before finally moving back to England just before I turned 12. I lived in England all through middle and high school, before coming to America for college. After meeting and marrying my husband, we agreed to stay in the United States. All I wanted was for my children was not to have the nomadic childhood that I had. My children, not surprisingly, would love to travel the world!

On a trip back to England just after I got married, my husband and I ate a pizza in a very new-to-us way. The pizza was made for me at take and bake pizza store. I told them what I wanted on the pizza. All I needed to do was take the pizza home to bake it. We were staying with my sister, so we brought the take and back pizza home one night for dinner. That pizza was absolutely delicious. The toppings were piled high and the crust was absolutely yummy. That was 20 years ago in England. Until last month, I had never heard of an American take and bake pizza place.

Papa Murphy’s Take ‘N’ Bake Pizza is all about freshness. From the moment I walked in the store, all I could see was fresh ingredients. The Papa Murphy’s owners and employees are Fresh Fanatics! Papa Murphy’s commitment is to fresh. In fact, Papa Murphy’s has been in the “handmade fresh business” since 1981. 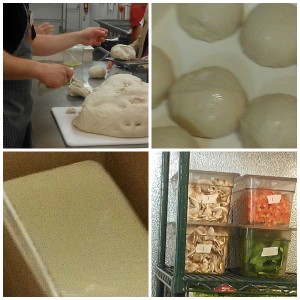 Papa Murphy’s Take ‘N’ Bake Pizza is proud to provide a convenient and delicious meal to your family at a great value. Fresh ingredients on a freshly handmade crust all ready for you to bake at home for your family. 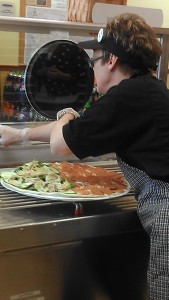