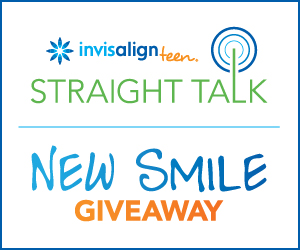 I’d never asked my husband about braces. It never came up in any conversations. He’s quiet and only shares when he thinks it is appropriate to share. Me? I’m an oversharer. A chatterbox.

My husband, on the other hand, opted not to get braces as a kid. I never knew that he was concerned about his smile until he announced that he was considering doing Invisalign. I was caught off guard, but soon found that he had done his homework. He knew all about the Invisalign process. He had researched which local orthodontists offered Invisaligns. He was ready when he went for his consult. He wore Invisaligns for two years, perhaps a little more. He found time during his workday to go to the orthodontist. I was not involved in his treatment at all, which is how it should be. 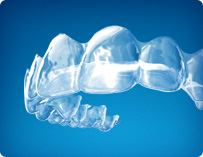 In the past six months, I have attended two local events where local-to-me orthodontists have discussed the Invisalign process. One neat part of each event was the panel of teens who are wearing Invisaligns and their moms. The teens were able to share their experience with the Invisalign process. Their moms shared about the day-to-day experiencel. I liked hearing what the moms had to say as orthodontia for kids, tweens, and teens is very much a family process. There’s a giveaway going on right now over at MomItForward.com…for one prize of $1500 for Invisalign treatment and two runner-up prizes for $150! Enter to win on MomItForward’s blog.

Invisalign Teen straightens your teen’s teeth through a series of clear, removable aligners. Since the aligners can be removed, your child can more easily clean and floss his teeth than with traditional fixed braces.  Invisalign Teen can be used to correct problems ranging from mild cases of crooked teeth to more complex dental problems involving “malocclusion, overbite, or underbite.” In fact, you can get a $500 discount off Invisalign Treatment at an approved providers in the Baltimore, MD, and the surrounding areas of Baltimore, Howard, Montgomery, Prince Georges, and Anne Arundel counties. Consultation must be completed by September 30, 2012, and treatment accepted by an approved provider by October 31, 2012.

Of course choosing the correct course of treatment for your teen is an important decision. You will want to consult an orthodontic professional, first. And you will also need to discuss with your orthodontist whether your teen is a good candidate for Invisalign Teen.

For more information on Invisalign Teen:

I was invited to attend two local events for Invisalign Teen. I was compensated for writing this post as part of an Invisalign Teen Blog Tour. The views expressed in the post are my own. I follow the tenets of Blog With Integrity.

← Getting It Done: A Day in the Office
I’m Good at Many Things, But Not… →