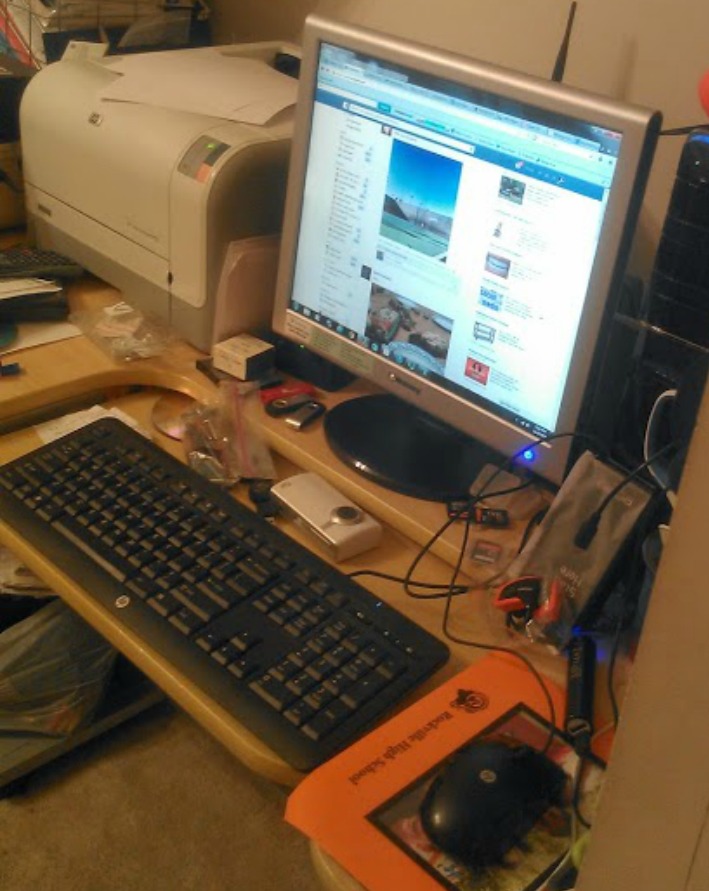 Did you know that I write somewhere else? Somewhere other than this blog I mean. That sounds like I am cheating on you, doesn’t it?! I’m not deserting you, my faithful readers…reader?! I just love to write!

I started this blog back in January 2008. In blogging terms, that is VERY old. My first post was published on January 2, 2008. Wow. That’s a long time ago. Should I like to my first post? It’s incredibly short, but it heralded my start on what I didn’t know would be a career in writing. So I should give it, it’s due. Be kind when you read it. Here it is.

That post is not bad, but it is not good either. It’s thankfully short. My posts got better. They had to didn’t they? Couldn’t get any worse. I wrote about my kids, my family, our adventures, and sports. I got my feet wet. I wrote and wrote and wrote. My posts got longer. I started feeling more comfortable writing. I found my voice.

Once I got comfy on my blog, I started reaching out to find other places to write. I wrote a few pieces on BlogHer. My first was about backing in to my husband’s SUV. Classy, huh? I wrote that first post August 23, 2008, and my most recent post was October 2009. From BlogHer I got the confidence to write other places.

I didn’t start blogging with the intention of writing reviews, but by November 2008 I stumbled in to review blogging. I wrote about a safe online site for kids. I started joining groups that paired bloggers with brands. I started receiving review items in the mail. Before I knew I was a fully fledged review blogger, even though I was supposed to be looking for a “real” job. Of course finding a real job that fit with school hours and wasn’t a long commute was akin to finding a needle in a haystack. I more or less stopped looking for work because I was so busy writing review posts on my blog. I started taking my family to shows, like the Ringling Bros. Circus, and began attending local blogging events. Soon I was going to out-of-state blogging conferences, but I am getting ahead of myself.

After getting my feet wet writing posts for my blog and for BlogHer, I took a leap of faith and applied for my first writing job. I was sure I wouldn’t get it. I mean I wasn’t even a journalist. I didn’t have any training in writing. I’d taken classes in college on novels and plays. Taken graduate classes on editing and publishing, but writing classes were the classes I avoided. Until I took a combo writing and graphic design class in the winter of 2008 just as I was getting started with my blog. That class was life-changing. I realized that graphic design was not for me, but that maybe, just maybe writing was my calling.

I applied first to TypeAMom (now TypeAParent) and was hired as the Preteen Editor. I was ecstatic. It was a dream come true…for me at least. I wrote my first post November 1, 2009. In the interests of gathering all my Preteen TypeAParent posts in one place:

Once I got the hang of writing a regular column for a website, I got bold. I threw caution to the wind. I stretched beyond my range and applied to write for the Examiner…the Baltimore Examiner. The Examiner gig was my first paid writing job. I was paid by the click and performance incentives, but in my eyes I was a “paid writer.” I became the Baltimore Parenting Tweens Examiner in January of 2010. Wrote my first post about helping tweens fight obesity on January 15, 2010. I was thrilled. I was a reporter…of sorts. I had a beat. I wrote about anything and everything to do with parenting tweens (and kids and teens) in Baltimore. I’m still writing there!

The stops on my writing journey. Stop by, read a post, and let me know you stopped by!