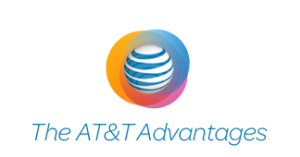 The kids and husband are off school. We’re stocked up on water. We have food. The outdoor toys are stowed in the garage. The electronic devices are charging. The wind is starting to kick up. The rain is about the same intensity. We have power…for now.

Now that my home is ready for Hurricane Sandy, I need to finish up one last blog post. Will we lose power? It’s anyone’s guess. But I want to get caught up on one very important-to-me post.

A week or so ago, I told you about AT&T’s new mobile safety initiatives. This past week I attended a trio of webinars for parents of kids ranging from 8-11, 12-14, and 15-17. I have a child in each age range so these webinars were all of great interest to me.

AT&T recently conducted a survey of 1,000 parents and 500 kids on a variety of topics relating to mobile phones, devices, and other mobile safety issues. The kids were aged 8-17.

As families are more connected and mobile, issues are cropping up that can’t be ignored…bullying, privacy, texting while driving, and more. AT&T has pledged to educate families about wireless safety AND provide resources, tips, and tools to help families stay connected and stay safe.

At&T found that of parents surveyed:

AT&T found that according to kids:

Parents are worrying about issues that are actually happening to kids. In other words, if you are worried about an issue with your kid and a cellphone, you should talk to your kid…now.

Another couple of quick stats:

I was compensated to write this post by AT&T and The Motherhood. I was invited to attend several sessions of the AT&T Mobile Safety School. The views expressed in this post are my own. I follow the tenets of Blog With Integrity.