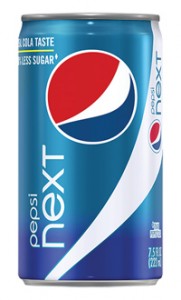 I did a head snap last month. I was at the pool watching my kids swim. Sitting in the shade…as you do. Reading a book…as you do. Doing some people watching…as you do. When in walked a woman. Older than me by a year or two. Holding a TAB. I did a head snap. TAB? I haven’t see a TAB in years. Didn’t they stop making TAB in the 80s? Wasn’t TAB the first diet soda? Where would one find a vintage soda anyway…ebay…craigslist?

Seeing this woman with her TAB brought back memories of my first drink of soda. I don’t remember seeing my parents drink soda. Ever. I don’t recall having a soda until I was well in to my teens. As a child I drank milk or juice. Occasionally, if we were visiting my grandmother she would ask the milkman to deliver an orange drink that was SO good. My grandmother shopped every day for groceries and had her milk delivered daily too. You see English fridges were so tiny that they only held about a day’s worth of food. I’m sure you can buy a bigger fridge nowadays but back in the 70s and 80s the fridges were teeny.

Is there anything worse than tepid, room temperature, or even hot soda? I think not. Since my English family couldn’t keep sodas cool in the fridge, I have no recollection of drinking a soda or as we called it in England a “carbonated” or “fizzy” drink. One of the first sensations that I experienced as a college freshman new to the United States was an ice cold Pepsi. Coming from a country where all sodas were served tepid or in a glass with one cube of ice, that Pepsi was AMAZING. Because, really is anything better to drink than an ice cold soda?

But back to TAB. Who drinks TAB anyway? I had one sip in the 80s and found the experience to be less than pleasant. TAB tasted medicinal and yucky. I didn’t yet drink diet soda. But, fast forward to the mid-80s to early 90s and my soda of choice was diet soda. To this day, except for going cold turkey for three pregnancies, my drink of choice is diet soda. I’ll admit that I am not married to either of the two BIG brands. I can drink either.

Now, a month or two ago, I was contacted by a rep for Pepsi. She asked me if I wanted to try a new drink from Pepsi. I’m a fearless blogger who will give most things a go, so I said “Yes.” The box that the rep sent was massive and a cause for many questions from the kids. Why was the box so big? It was about as tall as a small child. Why were the inner box pale blue? The inner box contained a version of Twister to “Spin the World of Levy.” And then there was another square box. The kids me what it was and I had no idea. I took the lid off the box and stuffed inside was a large foil zippered pouch. Intrigued? They were all peering in to the bag as I unzippered it. Aaaah! It was a 6 pack of Pepsi Next! What a fun way to send a product out for review!

My husband, teen, and myself polished off the 6-pack of Pepsi Next…in no time flat. In fact, I tried to stash one can in the fridge so I could take a photo…and well that soda didn’t last either. So, what did we think of Pepsi Next?

Disclosure: I was not compensated to write this post. I was, however, sent a 6-pack of Pepsi Next with a variety of other promotional items.