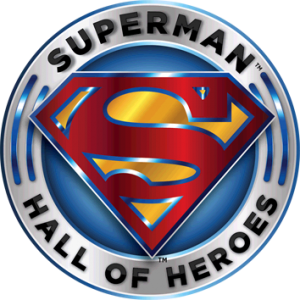 Growing up I saw very few movies. My town had a one-screen movie theater that was used only 50% of the time. The other 50% it was a theater for traveling or local theater productions. When a movie played, it played for weeks. I had to go to the next city to see a movie if I had already seen the movie playing in my town. I frequently saw the same movie over and over again.

Over the years I saw Star Wars, only the first one (did the others even come to my town?); E.T.; and Superman. I might have seen others, but I don’t remember what movies I saw. Superman reminded me of the Flash Gordon shows I watched on TV. It was so obvious that Flash Gordon’s spaceship was not flying. You could see the strings holding his spaceship in the air. Very low budget. Christopher Reeve’s Superman was very high tech for the late 70s. The flying scenes were flawless. The acting so much better than those old Flash Gordon TV shows.

I hadn’t thought about Superman in years, that is until I heard about a website for everything Superman. The Superman Hall of Heroes empowers people to honor their personal heroes. Do you know someone who has had a positive impact on the lives of others? The Superman Hall of Heroes honors real-life everyday heroes…from local heroes who save lives or help others to celebrities who use their influence for philanthropic missions.

The Superman Hall of Heroes even has a community outreach team…the Red Cape Crew. The Red Cape Crew perform random acts of kindness throughout the year by supporting children’s initiatives or helping spruce up a community.

Celebrity heroes include police, fire, and military inductees, such as the National Guard; Salvatore Giunta, a U.S. Army soldier; and Salvatore Cassano, who bravely led New York City Fire Department after 9/11. Athlete members include, Shaquille O’Neal, Jackie Robinson, and others. Christopher Reeve is, of course, in the Superman Hall of Heroes. What an inspiration to all Reeves was after his devastating riding accident.

Modeling the Superman Hall of Heroes hat and water bottle

You can nominate a person who is making a difference in your community. As part of the nomination process, you get a Superman Hall of Heroes Membership Packages. This is the perfect gift for birthdays, graduations, Father’s Day, or Veterans’ Day. Membership packages range from $4.99 for the Level One Package to $49.99 for the Sports Package or Supergirl Package.

I was sent a sampling of items for the kids…a t-shirt, a water bottle, Superman red cape, and a baseball hat. The items are very good quality. We loved how bright the colors were. I will never lose that water bottle at the gym!

Inspired by Superman and the character attributes that define the world’s first and most recognized Super Hero — unwavering morals and an endless pursuit of truth and justice — the Superman Hall of Heroes site offers a fun and inspirational way for fans to pay tribute to their heroes by submitting their photo and story online. You can nominate a hero by clicking here.

Disclosure: I was sent a selection of Superman Hall of Heroes items from Warner Bros. Consumer and DC Entertainment to facilitate my review. The views expressed in the post are my own.