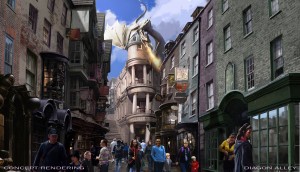 I’m used to feeling tired. I always need more sleep. I dream of napping but rarely have time for a nap. I know that I can and do manage to get through my ever-present tiredness. I’ve probably not had a consistent 8 hours of sleep in decades. I can deal with lack of sleep, but when one of my kids is over tired I get concerned. When my teen was exhausted all the time, I began to worry. I got concerned. From the moment my daughter started high school, she was on the go. Waking her up for school was a struggle. Encouraging her to go to bed at a reasonable hour was hard as she had so much homework. She made the JV volleyball team and would frequently come home from after school practice and sleep. I hated waking her up from her nap, but I had no choice. She had many homework assignments. She was exhausted all the time. She made it to Christmas break, then did her midterms in January.

As a treat for our family, I had a trip to Universal Orlando planned. Though the trip was a working one for me, our trip to Orlando’s Universal Studios could not have come at a better time. We left snowy, windy, cold Maryland and boarded a plane for a very short, but much-needed weekend over the MLK holiday. We all needed to re-charge our batteries from work, school, and the day-to-day grind of sports and activities. We had a glorious, albeit windy and cold on one day, three-day weekend to Universal Studios and the Islands of Adventure. 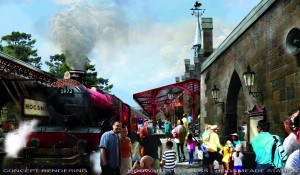 The highlight of our trip was the Wizarding World of Harry Potter. I had been intrigued by this new land at the Universal park since I caught a glimpse of it during a press trip to Orlando with my son. The Wizarding World was not yet open, but upon seeing the spire of Hogwarts I knew a trip back was a necessity. Our family was not disappointed at all…we loved everything about Hogsmeade from the rides to the mugs of butter beer to the selection of wands at Olvander’s. During our trip, we never strayed far from this part of the park.

I’m very excited to announce to you that that the Hogsmeade area of the park is expanding! This summer The Wizarding World of Harry Potter – Diagon Alley will open at Universal Orlando Resort. Warner Bros. Entertainment will bring even more of Harry Potter’s adventures to life inside a new, magnificently themed area that includes a revolutionary attraction experience, as well as all-new themed shops and dining. You will climb aboard the Hogwarts Express in Hogsmeade and moments later arrive at King’s Cross Station – where the wonders of London and Diagon Alley unfold before you.  I. Cannot. Wait.

With Diagon Alley, the sweeping area already dedicated to Harry Potter’s adventures will double in size and span both Universal theme parks. Guests will be able to travel between the two areas aboard the iconic Hogwarts Express.

New ride: HP and the Escape from Gringotts

Here’s an update on the new attractions:

Visitors to The Wizarding World of Harry Potter – Diagon Alley will:

For more information about the area, visit http://www.universalorlando.com/harrypotter. When you plan your visit to the Universal parks in Orlando, don’t forget to stay at one of the three themed on-site hotels, spend time at the nighttime entertainment complex, and experience the fun of rides featuring favorite characters, including Spider-Man, the Despicable Me Minions, Optimus Prime and the Transformers, and many more.