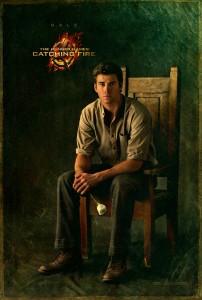 Every now and then a book comes along that grabs everyone’s attention. Kids, teens, adults.

The Hunger Games was that book. The book everyone was talking about. My teen was an early adopter. She jumped on the Hunger Games bandwagon before there was one. She insisted she needed to get the book after seeing a stack of books at her middle school book fair. I’ll be the first to admit that I balked at buying my voracious reader a hard cover book. Couldn’t she get the book from the library? Didn’t a friend have a copy?

But alas her friends hadn’t heard of the book. She wanted the book NOW. She didn’t want to wait for her turn to come on the library waiting list. Reluctantly, I sent her to school with $ for the book. And do you know what? My daughter got off the school bus, walked up the driveway reading the book, kicked off her shoes in the garage, and entered the house…still reading that book.

The girls and I saw Hunger Games in the theater. My son was a little young to see the movie, so we waited until last year to let him see the movie on DVD. Hunger Games is an intense movie. I was worried about him seeing it. We talked a lot about the plot of the movie. He hadn’t read the books, so I wanted to be sure that he understood that the movie wasn’t real and that the movie plot involved kids killing other kids as part of a game. We had a lot of discussions and I was satisfied that he understood that the violence in the movie was not like that of action heroes movies.

The Hunger Games: Catching Fire begins as Katniss Everdeen (Jennifer Lawrence) has returned home safe after winning the 74th Annual Hunger Games along with fellow tribute Peeta Mellark (Josh Hutcherson). Winning means that they must turn around and leave their family and close friends, embarking on a “Victor’s Tour” of the districts. Along the way Katniss senses that a rebellion is simmering, but the Capitol is still very much in control as President Snow (Donald Sutherland) prepares the 75th Annual Hunger Games (The Quarter Quell) — a competition that could change Panem forever.