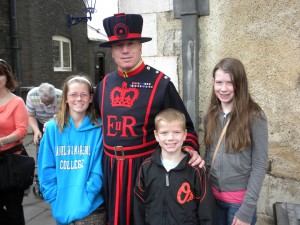 I grew up in England and America, and even Italy for a short while. When I’m talking to someone about my childhood, I often base my answers on what I did in one country. You would think that my childhood stories would be the same since I grew up mostly in two English-speaking countries, but actually my childhood was very different depending on where I lived.

Going Out to Dinner

Writing this post was a trip down memory lane! I have lots more Growing up in England v. Growing up in America stories. I’ll save them for another post. Until then check out these posts:

← Warm Your Tootsies with @NaturesSleep Slippers! #Giveaway
Three Reasons to Buy a House Over a Condo →