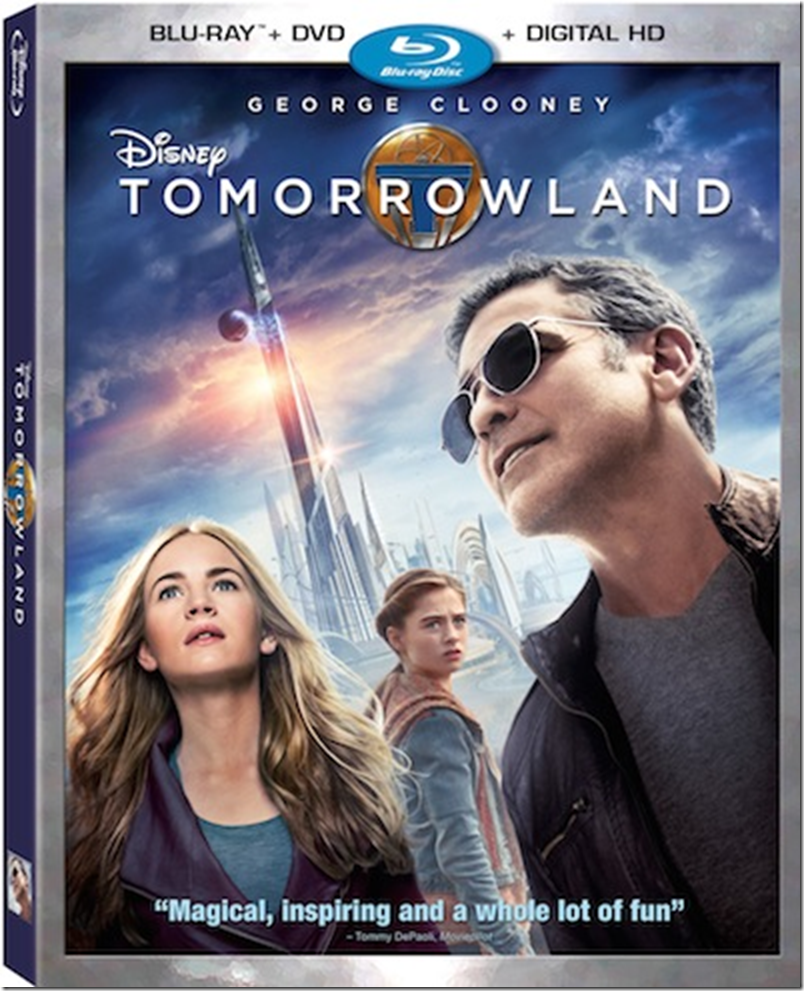 Disclosure: I received the Tomorrowland DVD to facilitate my review. The views expressed in this post are my own. Affiliate links are included in this post.

Today is Back To The Future Day! How fitting that today I get to tell you about another movie about the future: Tomorrowland.

For the first time in a long time, I hit the mother lode with movies. I usually have to search frantically on Netflix, amazon Prime, or HBO for something to watch with my family or raid the family DVD collection. But last weekend, I had THREE brand new movies. THREE! Two movies were from Netflix and then I had another new movie: Tomorrowland. Woohoo!

Friday is a busy day for all us. So a Family Movie Night is just what the doctor ordered. My husband brought in pizza. The kids got drinks for all of us from the garage fridge. Do you have an extra fridge in your garage? We’ve had one since we replaced our kitchen fridge a few years ago. The extra fridge is helpful for storing drinks. I use one of the bottom drawers for bottled water and the other for bottled iced tea. Diet Coke and Diet Pepsi 12-packs are on the top shelf. Gatorades are on the bottom shelf, protein shakes on the middle shelf. Ice cream treats and snacks, like pot stickers, mini quiches, Bagel Bites, and egg rolls, are stored in the freezer. With bulk buying from Costco, I keep the extra fridge stocked with drinks and snacks for Family Movie Night. 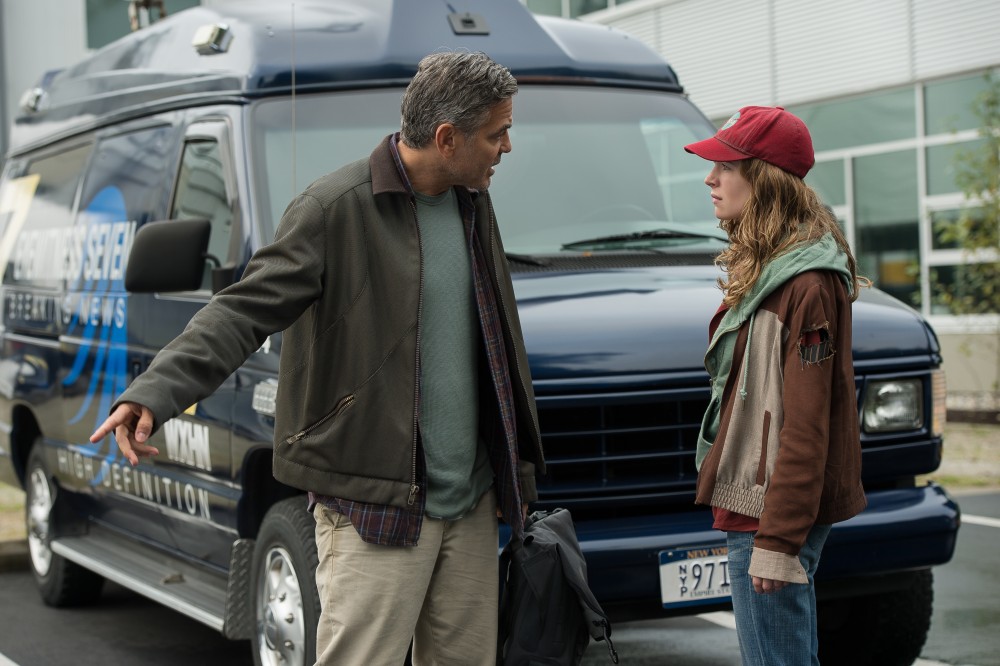 But back to Tomorrowland… Moving seamlessly from past to future, Tomorrowland transports “you on an inspiring and magical journey of wonder and adventure to a place where if you can dream it, you can do it.” As boy-genius-now-grown Frank (George Clooney) and a teen who loves science (Britt Robertson) paths collide on a journey, the two pair up on a journey to find out secrets of the future and how it has affected the past. Robertson, a budding scientist, is caught sneaking in to a decommissioned NASA launch pad at Cape Canaveral, Florida, where her dad (Tim McGraw) is an engineer. While there, she sabotages the machines that are dismantling the launch pad and ultimately may lead to her dad losing his job. Arrested for trespassing, she finds in her possessions a Tomorrowland pin. This Tomorrowland pin allows her to glimpse and travel to the future. It’s a bit hard to explain as there is so much going on in the movie, but Tomorrowland the Walt Disney World land is all about the possibilities of the future. Watch it and be transported to the world of the future…jet packs, hover boards, Segway scooters, and more. Don’t listen to me inexpertly explain Tomorrowland…instead watch Tomorrowland on Bluray Combo!

What You Need To Know About Tomorrowland