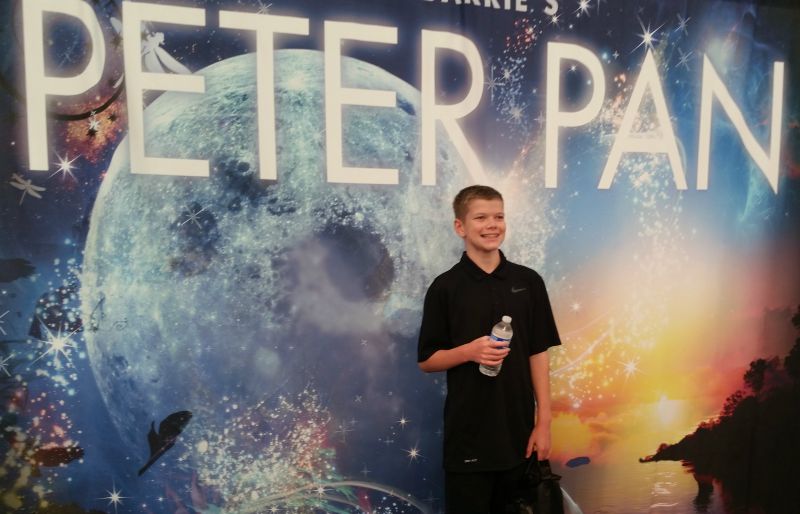 A week ago I was asked if I wanted to see Peter Pan. I was told that the production was a rethinking of Peter Pan. A reinvention of the play. A restaging of the show. I was intrigued and didn’t hesitate to say yes.

A classic show enjoyed by kids and adults alike, Peter Pan is a favorite of mine. I’ve seen Peter Pan in many forms. From the iconic Disney movie to the original Broadway stage show, I’ve enjoyed every version of Peter Pan. A high school production of Peter Pan has always been a particular favorite of  mine. My daughter performed in that show, that’s why. She was only 5. Not even in kindergarten yet. She was cast as a Lost Boy and loved every minute both on an off stage. Peter Pan was also her stage debut! The drama teacher at my husband’s high school had asked if my oldest child would like to perform in her production of Peter Pan. My husband and I discussed it and decided to let her do the show. We never regretted our decision. 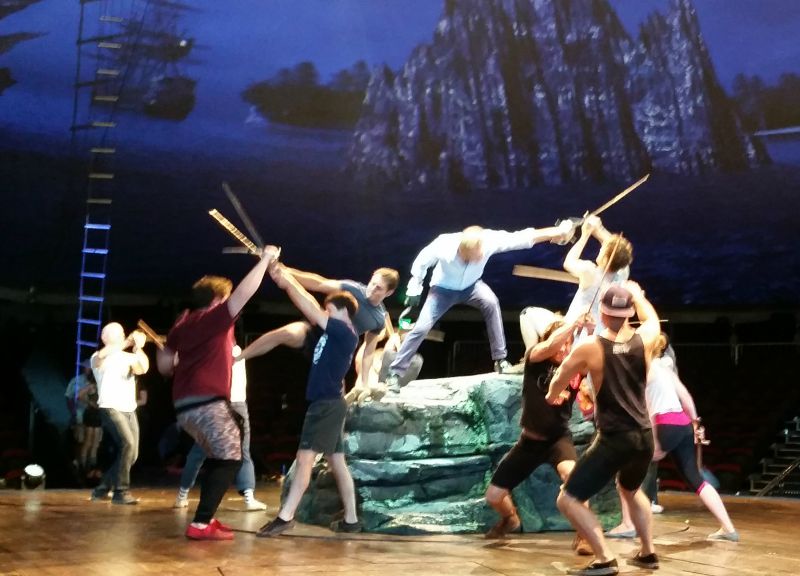 Peter Pan, Captain Hook, the Lost Boys, and the Pirates rehearse before the show.

The Peter Pan show I was asked to see is “in the round.” In-the-round theater is my favorite type of theater. I love being able to see all the action. I love how the actors on an in-the-round stage have to be creative about where they stand so as to allow all audience members to see everything. Unlike most in-the-round productions, this version of Peter Pan production incorporates everything…the floor…the walls…and the ceiling. PeterPan 360, staged in a circus tent, uses a projection system with images of the skyline of London. Peter Pan, Wendy, Michael, John, and Tinkerbell fly through the air with the greatest of ease against the backdrop of the skyline of London. The staging and video backgrounds were absolutely spectacular. For a closer look at PeterPan 360, click here. 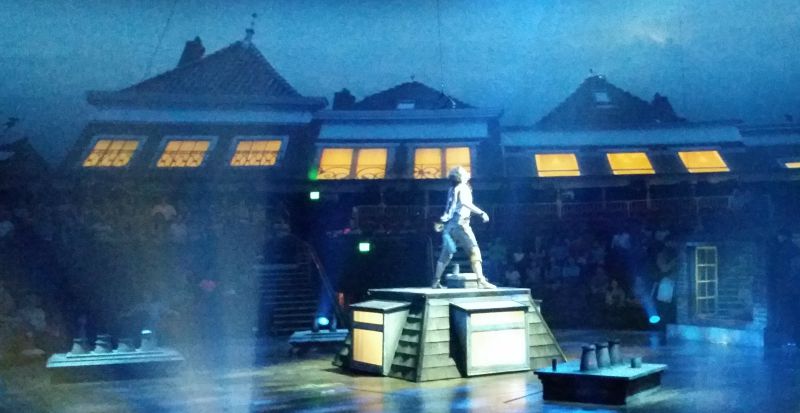 Peter Pan on the roof of Wendy, Michael, and John’s house 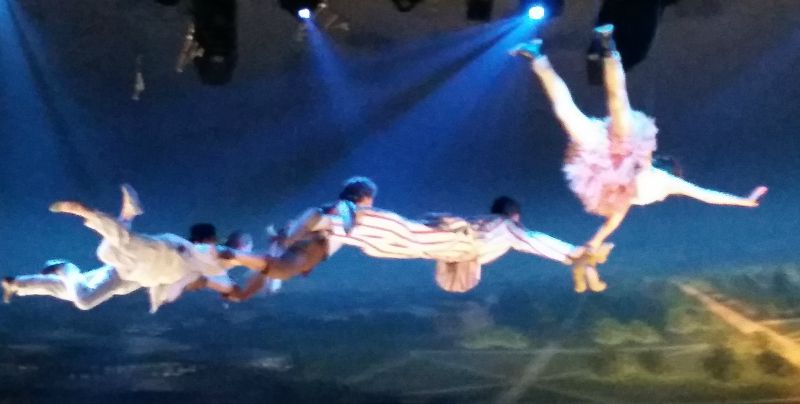 I had planned to take my oldest to see PeterPan 360, but she’s working as a camp counselor and wasn’t able to get home in time. My middle child was also working that evening. My husband, son, and I had a thoroughly enjoyable evening. We learned about the flying sequences, watched a demonstration of sword fighting techniques, and got to meet Captain Hook and Wendy at a pre-show meet-and-greet. After the pre-show, we were taken to next door to JRs Stockyard Inn for a pre-show meal.