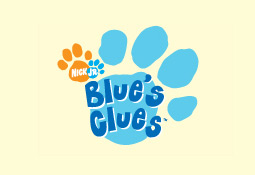 That first year my baby and I would wake at 7ish as my husband was leaving for work. I would change her, give her a bottle, feed her breakfast, play with her, read to her, and then when she was happily playing with her toys, I would turn on morning TV and slurp tepid cup of coffee I had brewed hours before.

I became a champion morning TV watcher. It was awfully lonely just me and an infant. The house was so silent. TV filled the silence. I watched GMA, then Live With Regis and Kathy Lee, and then the George and Alana Show. You might ask who are George and Alana? George is George Hamilton…the guy with the perpetual tan. Was he famous for anything else? Hmmmm… Alana was Alana Stewart who I think was only famous for being married to Rod Stewart….and George Hamilton. I’d forgotten that Alana was once married to George, too…had to check Wikipedia for the deets. Their show was lackluster, C-list celebrities, and a poor imitation of Live With Regis and Kathy Lee. You see what I mean about becoming a morning TV devotee? I was a goner. I was sucked in to morning TV hook, line, and sinker.

Case in point… I watched my SECOND Live With Regis and Kathy Lee Valentine’s Day Wedding Special when my daughter had just turned one. The show was basically the same as the previous years show…except the couple getting married was different. Same set. Same schtick. I needed help…STAT. I was falling at break-neck speed in to the abyss of daytime TV watching. What was next? Afternoon soap operas? I had to save myself from this fate. I needed to do something. It would be a few years before Intervention would debut on A&E. I’m not even sure A&E was around in the mid-90s when I was home with a baby. Intervention’s interventionists Candy Finnigan and Ken Seeley weren’t on TV yet…I know that. And even if they were Intervention was a nighttime show. I had to go it alone. I staged an “intervention”…on myself.

As luck would have it a good friend told me of a show her “couple of months older than mine” baby was starting to watch. That show was Blue’s Clues. The next morning I switched the channel from morning TV and to PBS and to Nickelodeon and never looked back. There was a catch. My “addiction” to TV turned in to my daughter’s obsession with TV. For the year I watched GMA, Regis, and George and Alana, she was largely oblivious to the TV. Never paid any attention. Once we were watching PBS and Nickelodeon every morning she would be riveted…not every show…but definitely Blue’s Clues and Sesame Street. Some of the shows were a bit old for her at 1 years old…Reading Rainbow is one show that comes to mind…I watched Reading Rainbow but she was not interested until she was closer to 3 or 4.

Moms of teens…did your kids watch any of these PBS shows?

What about these Nickelodeon shows?

There’s something about kids’ show and specifically the music from kids’s shows that stays with you long after the show is over. I still hum “We just got a letter!’ any time I get the mail or mail a letter! My husband will ask the girls if they need any “handy dandy notebooks” for school supplies. BC was the first show that I could sit through and not get frustrated by the dialogue or the actors talking down to the kids.

Thanks to Wikipedia for filling in the gaps in my memory on characters on shows and plot!

1 comment for “Changing Track: Climbing Out of the Abyss of Daytime TV”