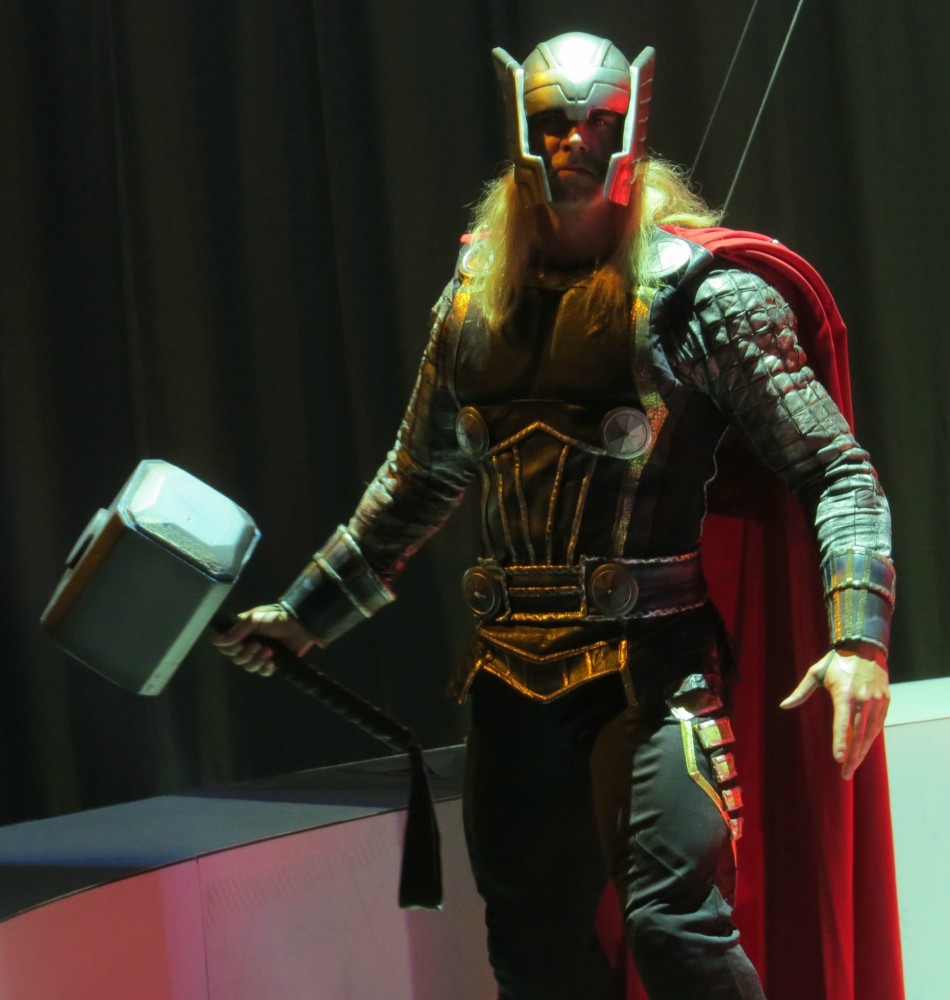 Last week was rough. Busy. Hectic. Stressful. I barely had time to do anything extra. Everyone got to school, work, but that was it. I haven’t had a start to the school year this crazy in a very long time. Friday afternoon as each kid came home from school…I got back from driving carpool…and my husband got home from work, we ALL heaved a collective sigh of relief. The day was over. The week was over. And the weekend was here. Sweet relief.

I had a treat in store for the family after our crazy, busy, stressful week. Feld Entertainment gave me tickets to see Marvel Universe Live! The family was excited. We piled in to the minivan and headed to the Patriot Center in Fairfax, Virginia. The traffic was awful. Ugh. The drive took longer than planned. Double ugh. But we arrived at the Patriot Center 5 minutes before showtime. Nothing like cutting it close is there? 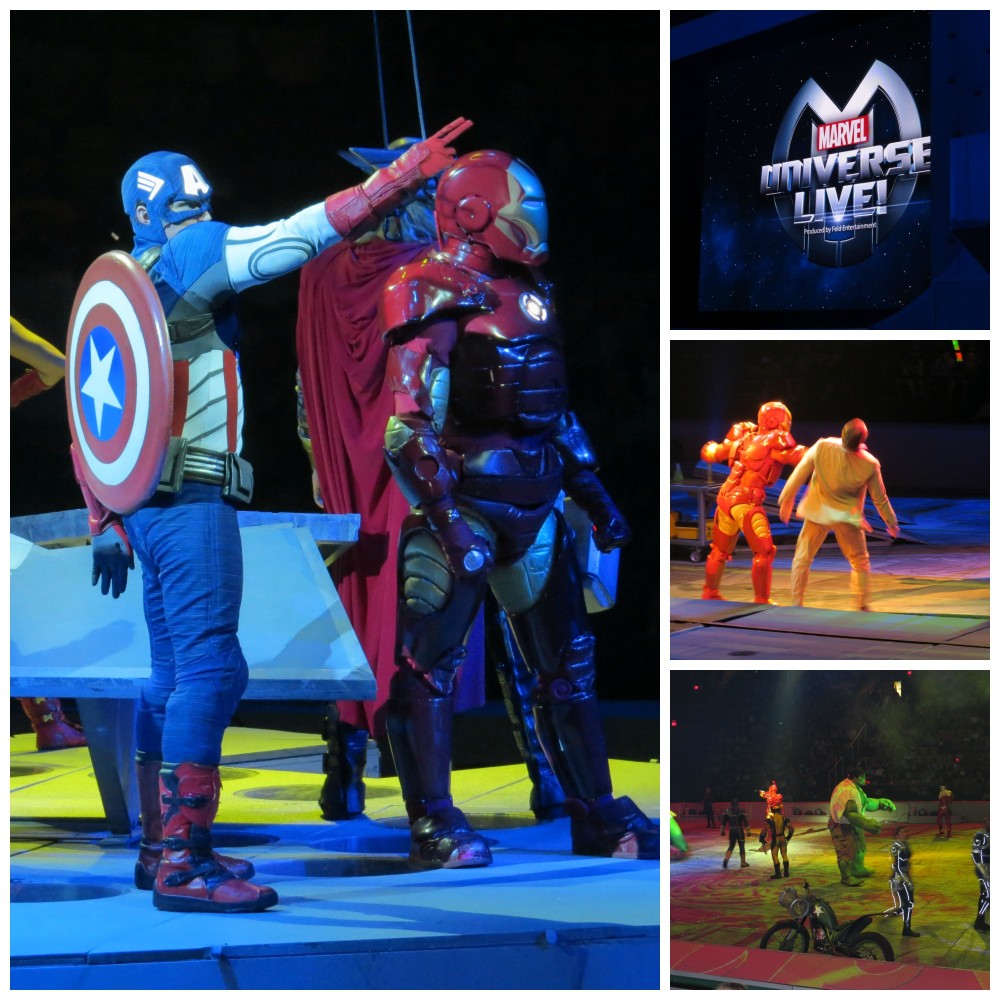 We hustled to the Will Call desk. We raced to our seats. Within two minutes the show began. And what a show it was! There was action. Fights. Motorcycle riding. Aerial flying. Check out the Marvel Universe Live gallery for some behind-the-scenes videos.

We saw Spiderman. And Iron Man and Pepper Potts. And the Falcon. And Hydra. Captain America showed up, too. There were SO many Marvel super heroes and villains that I lost track of who we had seen and who we were looking forward to seeing. We sat back and thoroughly enjoyed the show.

We ALL loved the super heroes. Captain America did motorcycle stunts and wheelies. Spiderman flew in and out. Thor appeared from a steaming pit with his hammer. Wolverine was trapped in a glass ball. The Hulk smashed his way on to the stage. It was one exciting move after another!!!

Want to see Marvel Universe Live? Click here to see when the show is coming to an arena near you! Buy tickets!

After the Fairfax, Virginia, shows., Marvel Universe Live moves to:

Disclosure: I was give tickets to take my family to see Marvel Universe Live to facilitate my review. The reviews expressed in this post are my own.