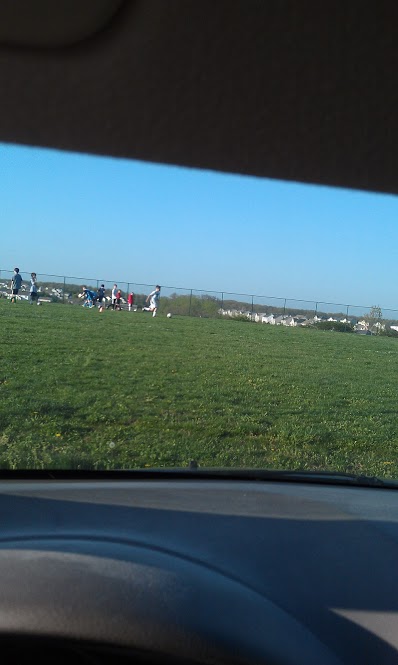 An injured knee will NOT stop me from watching my son’s soccer game!

You know how you plan and plan and then plan some more. Just when you think your plan is set in stone something happens to derail it. You look around and think “How did that happen?!” You’re blindsided. But, if you are like me, you roll with it. What else can you do?

I injured my knew about two years ago. How I injured it I do not know, but I started limping when we were away in Philadelphia for a volleyball tournament. The pain in my knee kept getting worse and worse. I put off seeing a doctor for a month or so, until the pain became unbearable and I was noticeably limping. 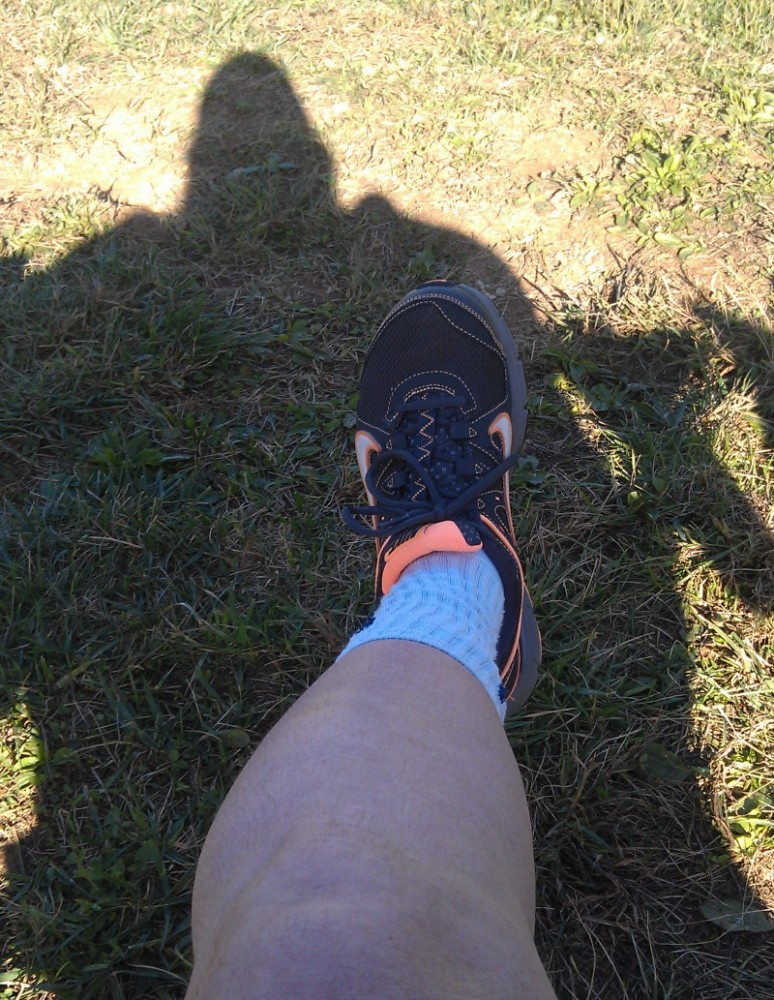 Resting my knee on the sidelines of a soccer game

During spring, we had a day with EVERYTHING on the calendar. Soccer game, swim practice, Cub Scout fishing event, and more. I was determined to not let my knee muck up my plans. My son had a game at a new soccer field. There were steps going down to the field. I didn’t feel comfortable walking around on uneven ground with my jacked up knee, but I wasn’t go to let my knee derail my plans to watch my son’s soccer game. I employed some tried and true Musings from Me adaptations. I am the QUEEN of adapting to challenging circumstances. 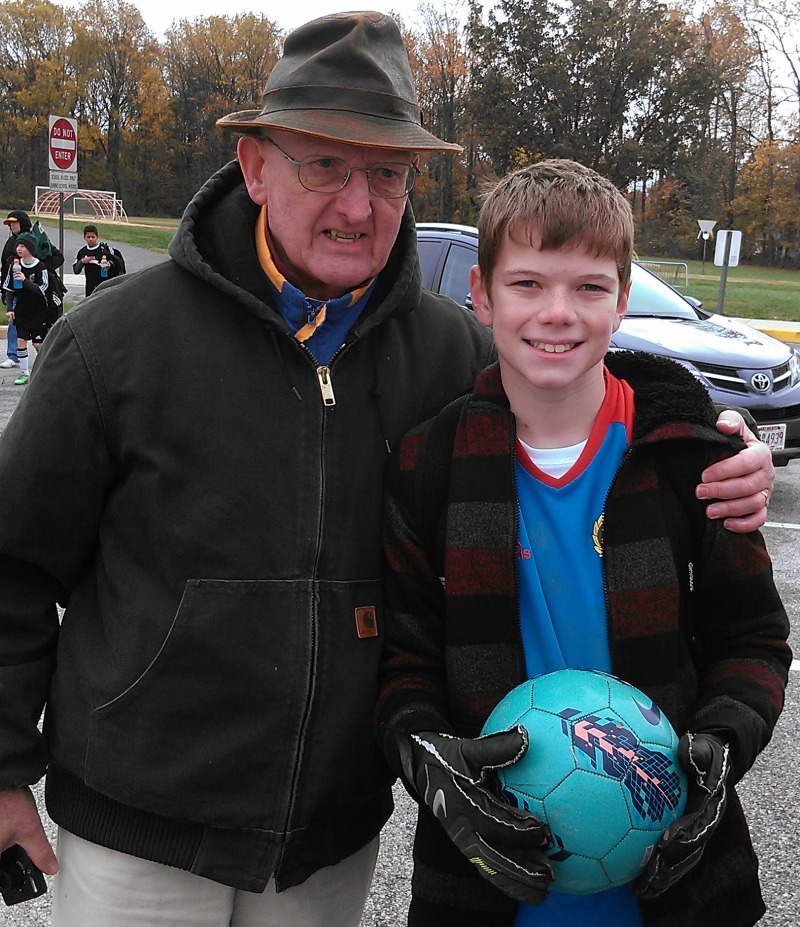 Later that day I sat at a picnic table to watch my kids and husband fish at the Cub Scout Fishing Derby. The terrain at the lake was even worse than at the soccer field. I hobbled using a chair to keep me balanced. Once home, I planned to rest and ice my knee, but you know what they say about the best laid plans?

My teen told me that she had been suffering with stomach pains all day. She was about to call us. I usually check in with her when we are out but had decided to let her sleep in. Her stomach pains were getting worse. Movie night with the family was off the schedule. So, it was off to urgent care we went. By the time we got to urgent care she was in so much pain that I wondered if I should have gone to the ER. As she lay on three chairs in the waiting room writhing in pain, I anxiously watched the clock and elevated my throbbing knee. When it rains it pours, right? 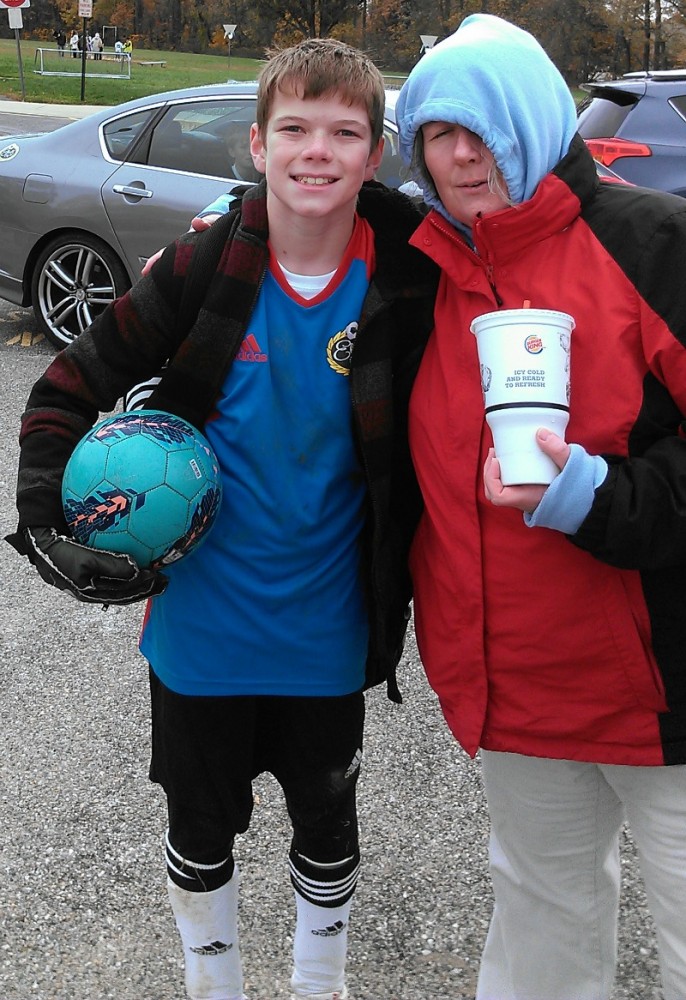 It was a Saturday afternoon and there was only one doctor. I kept checking the front desk to see how soon we would be seen. I was prepared to bolt out the door to the ER. The receptionist saw my mild panic and assured me that she would be seen next. And within a few minutes we were in an exam room with my teen getting her vitals taken.

As we were sitting in the exam room, I was starting to think it was not random stomach pain. The quick onset of pain with no other symptoms worried me. Could she have appendicitis? These thoughts circulated in my brain. I tried to stay calm. I needed answers. My daughter was unable to do anything but rock back and forth. It was heartbreaking seeing her in so much pain.

The doctor examined her and assessed that she needed to be seen at the ER for possible appendicitis. I was in full-on worry mode by this point. I needed to stay calm for both of us. All I wanted to do was take her pain away. Is there anything more helpless than seeing your child in pain and not being able to do anything to take the pain away? A tech whisked her in a wheelchair to where I had parked my minivan. I followed behind her hobbling due to my botched knee.

Fortunately since she was under 18, my daughter was immediately seen in the pediatric ER. A CAT Scan with contrast showed that she had a severe kidney infection. Surgery was needed. We were in the ER for over 4 hours. There was one comical moment in all the horribleness of an ER visit. Every time the techs had to move my daughter to another room and I hobbled behind her, they would look at me and ask if I needed treatment!

← Musings on Swimming
The Power of Suggestion →