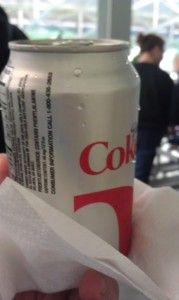 Saturday was a doozy of a day. At bedtime, we didn’t know if the snow would last or not. Snow on the roads was sure to make driving a difficult experience. By morning, there was little if any snow on the ground. I stepped gingerly out of my house…you never can tell whether my driveway will be icy or not. The temperatures are up and then down and then up again…which means an icy driveway is one of many hazards of winter. Plus, my driveway does not get much sun.

Later in the day the snow fell quite heavily, but at least my early morning drive to the IAAM Championship Swim Meet was hazard free. Arrived with time to spare. As I sat on the bleachers, loving that I had a front row seat…I’m usually late and have to scramble to get whatever seats are left…I checked my messages. I saw two missed messages and one voice mail all before 7:30 a.m. I told you it was an early morning.

I re-dialed the last number missed since it is unusual that I get a call so early. I only caught part of the name of the person who answered the phone. I listened to her. But was puzzled as to why she was asking where my kid was when I could see my kid on the pool deck. Bam! I realized that she was talking about my oldest daughter and not my youngest daughter. Ooops…her call made more sense. While I drove #2 to her swim meet, Coach Dad drove #1 and #3 to #1’s volleyball tournament. I was relieved when I heard from #1 that she had arrived at the volleyball tournament better a bit late than never.

Our day got crazier and busier… After dropping off #1, Coach Dad hopped back in the car and drove #3 to join me at the swim. He stayed long enough to watch #2 swim in her first event before leaving to return with #3 to the volleyball tournament. I told you Saturday was a doozy. And the day got doozy-er…after watching #2 swim the last event of the Swim Championships we left and drove to the volleyball tournament. #1 was about to play her final playoff game. Coach Dad and #3 meanwhile were home after #3’s basketball game. He didn’t have the ooomph to drive back to the volleyball place a third time.

So why do I have a can of Diet Coke on this post? Well, caffeine was the name of the game. It got me through the day. Final caffeine count:

I don’t usually drink more than 2 coffees or 2 Diet Cokes. Saturday was a doozy of a day that required caffeine infusions. STAT.

← Are You Ready for the #Listerine Daily Challenge? We Are!
Sitting and Biding My Time, But It Is All Good →