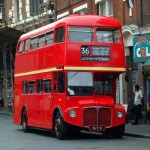 As a little kid, I was a seasoned traveler. I had visited all of these cities and more by the time I was 9. My passport had stamps from the many cities we landed in. Of course I was a young enough and security was very lax back then, so I was actually on my mother’s passport til I was around almost 11.

I was born in England…the north of England…Manchester, to be precise. My memories of the north are of cold, dreary, wet days spent driving on a tour of homes of relatives…and these tours were always done during the summers when we returned from our home in the U.S. Can you say Brrr? I’m sure there were a couple of visits to British pubs as well. Back then children were allowed in pubs as long as they sat outside. I have vivid memories…I can even feel the hair on my arms stand on end…of sitting outside pubs and FREEZING in June, July, and August.

Now visiting London and the south of England was an entirely different story. While we had few relatives in London in the 1970s and 1980s, my dad worked for a business based in London. As an engineer for this company, he spent most of his time flying to South Africa, Israel, and Iran, rather than hanging out in London.

One of the perks of his job in London was that he was able to purchase a “flat” or apartment in the heart of London. Going to London Apartments was a much-loved part of my very nomadic childhood. We spent MANY days, nights, weekends, and summer vacations in the flat in St. John’s Wood. The flat was located opposite Lord’s Cricket Grounds. My dad spent many hours on the rooftop of his building watching cricket matches at Lord’s. Cricket matches take days, so I guess he packed a lunch to while away the hours on the roof watching cricket?!

As a kid, I loved the weekends when my mother would pick us up from school to drive down to see my dad in one of the many, London Apartments. London was a good 4-hour drive from Manchester, probably longer these days due to the high traffic volume. Back then, we loved spending the weekend or the summer holidays in the apartment at London.

As summer approaches, I’d LOVE to hop on a plane to London. Wouldn’t it be amazing to visit London this summer, especially London is the host of the 2012 Olympic Games? I’d love to go, but we were just in England 2 years ago.

In the summer of 2009, we spent a “glorious and packed with sightseeing” 4 days in London. We didn’t do it ALL but we did a lot…Double Decker bus tour of London, Westminster Abbey — where Will & Kate were married, House of Parliament, Hampton Court Palace, Madame Tussaud’s, and a brisk walk/fly by of the front of Buckingham Palace, and a brief pitstop at the British Museum just as it was about to close.

While we lucked out by finding a very nice hotel in Hammersmith for a very good rate, many may want to find more comfy and like-home accommodations in London. I heard about a family-owned business — London & Worldwide Apartment Booking Service — that will find the best London Apartment, B&B, or Hotel in London. One thing is for sure, the Arnold family know London and what it has to offer to tourists and visitors like the back of their hand.