I’m back from BlogHer. It was 5 days of fun. Five days of walking until my feet were on fire. Seriousl, my right in step is not on speaking terms with me. There were sessions, parties, and events. And yes I was rocking the sneakers and socks during the day and night. Just call me an extra from Working Girl!

Many things I want to say. Many posts I need to write. I’ll get to them very soon. In the meantime… 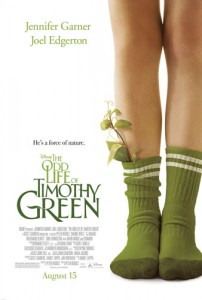 …I saw a movie that was completely surprising. Sad. Touching. Moving. The last couple of BlogHers have included a movie screening. I didn’t attend in 2010 or 2011. I RSVP’d for the event this past weekend, but wasn’t sure I would get there. As the Saturday sessions and during-the-day events wound down. I stopped by the Expo Hall at the New York Hilton for one last dash from booth to booth. I was a little ticked off that vendors (not all, but enough, that it was noticeable) were tearing down booths. So disrespectful to attendees and other vendors alike. I’ll post more about the Expo Hall in a few days.

As I neared the exit of the Expo Hall, I knew I had a choice to make. Visit the last few booths or head to the movie screening. I weighed the options and the movie won out. Now you should know that it was late. Very late. I hopped in a cab and hoped for the best. Arrived at the movie 15 minutes late. My plan was simple — watch the movie or if I coouldn’t get in grab a slice of pizza and recharge my batteries.

Luck was on my side. The movie had not started. I rode the escalator to the tippy top of the movie theater, sank in to the movie seat, and finally relaxed. I might have taken my shoes off…walking around New York is tiring! I watched trailers for Frankenweenie, Monster University, the Great and Powerful Oz, and a few others. The movie began and I was glued to the screen. After 3 days of walking the streets of New York and the Expo Hall, I thought I would doze off, but not so. I was riveted.

The Odd Life of Timothy Green tells the story of a couple desperate to have a child. The ache of heartache from Jennifer Garner and Joel Edgerton was palpable. They are at the end of the line, have exhausted all options. Next step: Adoption. Though I never had fertility problems, I did have trouble getting pregnant with my 3rd child. I wasn’t sure if I would ever get pregnant. Garner and Edgerton decide to envision their “child” one last time before closing the door to their dream. They share what their ideal child will be like. Not perfect, just an average kid. Not musical per se but game to share his talents. Once they create a “picture” of their child, they push everything down so that they can move on with their lives. I won’t spoil it for you, but they literally push the image of their child out of their minds.

Timothy Green has other ideas. Timothy throws the world of this very heartbroken woman and man in to disarray. They are shocked…perplexed…worried…but move to a level where life seems normal-ish, happy even. You need to take a leap of faith and I was willing to take this leap.

I was surprised at how moved I was with the movie. Oh, I know the storyline is touching, but I wasn’t expecting to be drawn in by this couple’s story. I know I sound like a cynic. I’m not completely immune to struggles and strife happening on screen. But often I don’t connect to a sad storyline. With The Odd Life of Timothy Green, I was completely drawn in. I sniffled. I was sad. I’m not usually so emotional at movies.

I won’t spoil the movie for you. Just go to see the movie. Take your significant other. Leave the little ones at home. Consider taking tweens and teens who are on the mature side and can handle at serious storyline.

To connect more with the movie…

I was invited to a movie screening of The Odd Life of Timothy Green followed by a cocktail reception during BlogHer 12.  The views expressed in the post are my own. I follow the tenets of Blog With Integrity,

2 comments for “The Odd Life of Timothy Green: A Storyline I Hadn’t Expected”