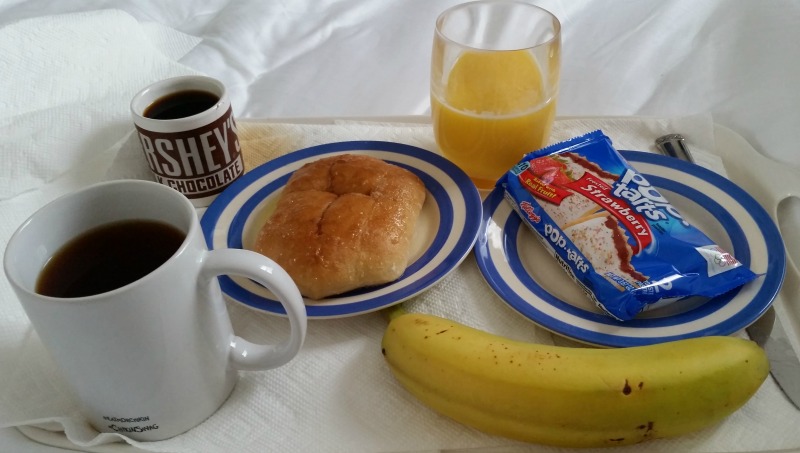 I grew up in England, America, and Italy. We celebrated Mother’s Day according to where we were living. In America, the weather was nice enough in May for a day trip, but March in England is often rainy and miserable. I don’t recall when Mother’s Day is celebrated in Italy, but in the United Kingdom Mothering Sunday is celebrated mid-March. I did a quick search and Italians celebrate Mother’s Day on the second Sunday in May…same as Americans. Celebrating Mother’s Day may be a recent event for Italians as I don’t remember it when I lived in Milan as a teen.

My kids make me feel VERY special on Mother’s Day. They always have. From the scribbles of my oldest on her first Mother’s Day card to me when she was a few months old to the hand print paintings from my children when they were preschoolers, I love every minute of Mother’s Day. My husband will always let me sleep in…he knows how I love my sleep! My kids used to wake me at the crack of dawn but now even they let me sleep in!

Breakfast in bed has always been a tradition on Mother’s Day and Father’s Day. I never made my mother breakfast in bed. I don’t know if my husband ever made breakfast for his parents but somehow or another my oldest started the tradition. When she was a baby, she would drink her bottle while I ate breakfast. When she was a preschooler, she made me the MOST delicious “mini” doughnuts from My Big Backyard magazine — now called Ranger Rick Jr. Later my daughters made other delicious Mother’s Day treats from American Girl magazine recipe.