I’m not a fan of sweat. I don’t like exercising, but then who does? No, don’t answer that if you lurve exercising and can’t get enough of it. We can remain friends even if you are an exercise fiend. We’ll have to agree to differ on the “love of exercise” issue.

Is it me or is sweat just plain gross? OK. OK. I know I need to sweat to show that I am actually working out, instead of oh…I don’t know…leaning on an elliptical and shooting the breeze with someone. Not that I would ever do that. No, not me.

But, back to sweat… Last Saturday night my son was dying to play the wii with anyone. I’m not a wii player at all. I have dabbled with a couple of fitness wii games, played a shockingly bad round of Mario Cart, and even created a mii character. But, playing the wii leaves me bored. 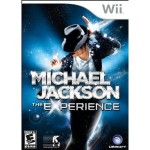 Until Saturday evening… I had just had a shower. The reason I am mentioning this has everything to do with sweat. Read on. My son wanted to play wii with mii or should I say me. Really he needed a hot body. And by “hot body” I mean he would have played with anyone…and I just happened to be the one nearest to him. I put Michael Jackson: The Experience on.

After a few minutes of playing I WAS a hot body. I was sweating up a storm. Sweat was dripping down my neck. I needed a shower. I couldn’t get enough of the game. Did I mention I’m not a wii player? But, there I was sweating to the…can’t call them “oldies” as I will get an image of Richard Simmons that I won’t be able to shake. Let’s say “sweating to the newbies,” shall we?

Michael Jackson may be old hat to my son, but to me he was one of the first pop singers I recall listening to in the 80s. While I may have had issues with MJ’s lifestyle and his eccentric parenting style, MJ was and is a pop icon.

We danced to Billie Jean, Black and White, and one other song. On the screen you see Michael and the backup dancer doing their thing. Next to the dancer you choose to be, there is a curved line showing your progress. I was OK overall with flashes of brilliance on dances I recognized. My son was nonplussed. He asked why I was so good. I told him I lived through the 80s when Michael Jackson was on the TV and in the clubs and discos. All that dancing certainly paid off when I played Michael Jackson: The Experience!

Perks: Comes with a very cool and oh-so-quintessentially MJ white glove with silver sequins. Remember when MJ’s brothers each wore a single glove at his funeral? You can’t play with the glove on. The wii remove might slide off due to the slipperiness of the glove.

Negatives: Depending on the song, there’s a fair amount of crotch grabbing. I avoided all crotch grabbing myself, but my son is a stickler for details, so let’s say I was glad that a neighbor didn’t happen to walk past our window as we were dancing!

While Ubisoft provided me with this game to review, the opinions I’ve expressed here are solely my own and represent my honest viewpoint. , Clever Girls Collective and I promote Blog With Integrity.

3 comments for “Sweatin’ to the Newbies [Review]”