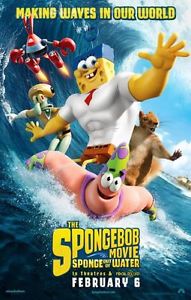 My oldest had the Sesame Street phase…not on TV but on videotapes and then DVDs. She could not get enough of Cookie, Elmo, and the Count. My oldest also had a deep love for Blues Clues and the Teletubbies. My middle was all about Bear in the Blue House and Bob the Builder. My youngest watched all of the shows his sisters loved, but he added a couple to the mix. He watched the confusing Boobah and Thomas the Tank Engine, and Handy Manny…who will always be Handy Mandy in our house.

Spongebob Squarepants was never a phase for any of my children. But the Spongebob Movie looks like a fun movie for family movie night! In fact, I was at the

What You Need To Know About The Spongebob Movie: Sponge Out of Water

Disclosure: I was not compensated to write this post. I love sharing movies with my readers!