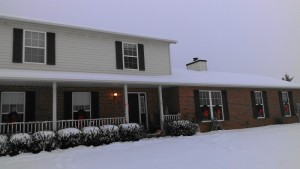 My children’s idea of compromise is easy. If they both have their hearts set on playing with a toy, they will both agree, after some hemming and hawing, to take turns with a toy. One child will play with a toy for 20 minutes. Then the other child will get a turn. Easy peasy. Hey presto, one you, two turns, and each child gets to play with the toy.

Some issues are harder to resolve. Before I got married, my then-fiance and I agreed that we wanted to own our own home. We agreed that we didn’t want to buy and apartment or a condo. We wanted to move a little further out to have more space. But this is the extent of our agreements. We each drew lines in the sand. My husband wanted to live in a rancher, but I only wanted to live in a two-story house. Though both of us agreed that after walking from house to house that winter we both wanted to escape the cold to anywhere hot, like a golf homes in lovely Fort Myers or even Sanibel Beach!

But we stuck to our mission, an kept searching for homes. He still wanted a house on at least 1 acre, but I was worried about all the mowing. I wanted to build a house from scratch, but he wanted to buy an already built house. We looked and looked, but neither of us wanted to compromise. We were at an impasse.

Touring house after house in neighborhoods that were looking slightly the worse for wear with homes in need of some serious TLC, led to a realization that there was one issue that we both agreed on. Our new home would be in a new community…and that was that. With both of us working full time, we did not want to commit to buying a fixer upper in an aging neighborhood.

Because we wanted a new community, my wish to build a new home was realized. My husband’s desire for a rancher was overruled as most home builders aren’t building ranchers. I compromised on the amount of land, which made my husband happy as he wanted to live on a big lot rather than a teeny lot dominated by a new home.

As we neared the end of our house hunting we formulated our THREE biggest differences between an old neighborhood and a new home community:

The information in this post was provided by Verandah and Sanibel-Captiva.