While I’m not much of a gamer, I do love watching my children play games. We’ve amassed a collection of games over the years and a few game systems to boot.

My husband was an early adopter with the Commodore 64 system in his late teens/college years. His 64 gathered dust but that didn’t stop him from gaming on our home PC. Do you remember playing computer games on the PC before the mouse? Lots of clicking and mucking about with the arrow keys. Ugh. The worst was the police detective game where in order to get to the good stuff you had to drive the police car to the crime scene. I’m not saying I crashed the car…I’m just saying I rarely made it to the crime scene…and this is with the computer mouse. Grrr.

I love that even the youngest child can play video games. My youngest was about 5 when he first got his mitts on Wii system. He hasn’t stopped playing since! 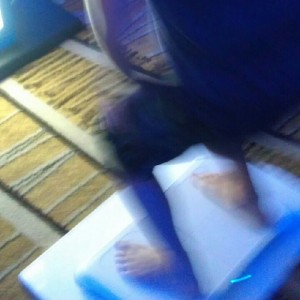 Jumping with both feet in to WiiU

I guess you could say we are Wii people. We got a sneak peak of the new WiiU system. At a very glitzy, fun event for parents, kids, and gamers, we played with the WiiU. I can tell you that EVEN I played a game or two. Now that is saying something isn’t it?

It goes without saying that you want to know what I wanted to know. How is the WiiU different from the Wii?

Well, the main difference is the Wii GamePad. This controller is about the size of a small tablet. The deets are that the GamePad has a 6.2″ screen with a 16.9 aspect ratio LCD touch screen. Wii users will notice that the GamePad has the familiar buttons from the Wii motes, as well as two analog sticks. My kids and husband took no time at all to practice on the WiiU GamePad. At just over 1 pound, the GamePad was a reasonable size. I didn’t hear any complaints from the kids after an hour of play! 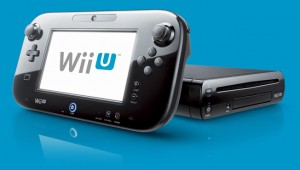 In addition, the GamePad has:

My kids played a variety of games:

Before I forget…for those of you who are not subscribers…and really why aren’t you a subscriber? Here’s what you missed…

And Musings from Me isn’t just about giveaways…you can read posts about tips for working from home…tips for shopping with little kids…and tips for making easy school lunches.

I was invited to the #WiiU event in Washington, D.C., to experience the WiiU with my family. The views expressed in this post are my own. I follow the tenets of Blog With Integrity.