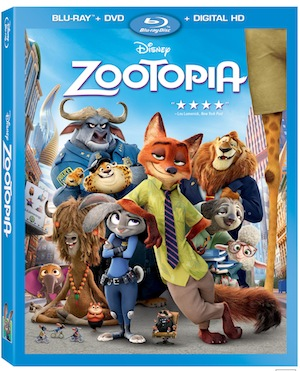 Disclosure: I was sent a DVD to facilitate my review. The views expressed in this post are my own. Affiliate links are included in this post.

I love family movie nights. Any time we can get at least part of the family together to watch a movie is a treat. With two kids working summer jobs and one kid busy with swim team, together time is hard to come by, but oh so rewarding.

We’re always watching movies in the Musings from Me household! My teens watch movies on laptops. I watch movies on my desktop. My husband has been known to watch movies on his tablet. With a house chock full of devices we have an abundance of ways to watch. But sometimes having a Family Movie Night is what is needed after a hard day of work and swim practices.

On movie nights, I’ll heat up the movie snacks…bagel bites, mini quiches, and taquitos are a surefire hit with the troops, my husband will bring drinks for everyone, and the kids will find pillows, blankets, and stuffed animals. A few weeks ago, we all got ourselves situated to watch a movie we had wanted to see for a while…Zootopia.

Zootopia has to so earned more $1 billion worldwide (according to Box Office Mojo). That’s amazing! Much beloved by critics, audiences, and the Musings from Me family(!), Zootopia features Rookie Officer Judy Hopps adventures in the animal metropolis of Zootopia.

Zootopia is a “wonderfully innovative animal metropolis” that Hopps explores in her new life as a rookie cop. Ignoring her parents and everyone else who told her that rabbits cannot be cops, Judy sets out to prove them wrong. Not long in to her first day on the job, she encounters Nick Wilde. Hopps soon realizes that Wilde is no more than a scam artist. though she is tasked with giving out parking tickets, Hopps sets out to catch the wily Wilde “in the act.”

What starts as an investigation in to Wilde’s many and varied scams leads Officer Hopps needing Wilde’s particular set of skills to solve an “unsolved, challenging case” of a missing otter. Hopps and Wilde are unlikely partners, but soon stumble upon evil forces lurking beneath the utopic society of Zootopia.

What You Need To Know About Zootopia

More of the Musings from Me Family’s picks for Family Movie Night!

← Jump in to Virtual Reality at @BestBuy with @SamsungMobileUS #GearVR
Ice Cream for Breakfast? Sure! @TinyToastCereal @GeneralMills #TinyToastCereal #Kroger →