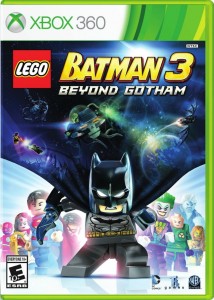 Disclosure: I was sent the game to facilitate my review. This post contains affiliate links. The views expressed in the post are my own.

One of the perks of having a mom who blogs is getting your mitts on something new. A brand new game. A crisp book hot off the presses. A recently released DVD. My blogger status means they have the “inside track.”

Their inside track on new stuff is a benefit to me as I often ask my children to review product for my blog. My son is my game reviewer. He also puts new toys through their paces. My daughters have reviewed movies, books, makeup, and hair products. My husband has even helped me out from time to time.

My UPS person can testify to the number of packages that come in each week for my blog. I couldn’t write as many blog reviews if I didn’t have help from my family. Musings from Me on Kids, Preteens, and Teens is after all a family business. My kids and husband are always willing to help. And I am grateful for their hard work!

What the Kids Think of Lego Batman 3: Beyond Gotham

What You Need To Know About Lego Batman 3: Beyond Gotham