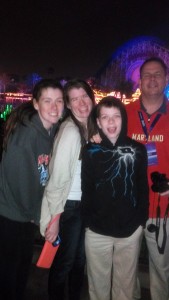 When I told friends I was going to Disneyland for work, I got a few raised eyebrows. Work? At Disneyland? My friends were skeptical. Disneyland doesn’t exactly seem like a “work” venue, does it? I mean can you really work at Disney? I would think that going to work at a Disney park each day would seem like play rather than work. But, I’m here to tell you that I did work when I was at Disneyland and by golly I worked hard!

I was invited to a conference that has been on my bucket list or a long time. The last four years, I have followed the Disney Social Media Moms Celebration from the outside looking in. Foraged for tweets. Stalked the hashtag. Retweeted. Lived vicariously through bloggers who got to do. Never did I think I would get one of the coveted invites. I was the puppy dog drooling over the meat in the butcher’s shop window. I was green with envy…green I tell you. And then it happened after wishing on a star forever, I got the golden ticket. The golden ticket to the 5th Annual Disney Social Media Moms Celebration. Wow! I was one happy person heading to the happiest place on earth. And of course I was super psyched to bring my family a long for the trip. That’s where the business part intersected with the pleasure part. Win!

With conference pass in hand and an extra night booked at the Disneyland Hotel, my husband — @DadKnowsBetter — worked his magic to get us the cheapest possible flights on Southwest. A long with the conference sessions, this conference was a winner in my book as I could combine family fun with work. The kids had to miss a day or two of school as the conference didn’t coincide with Spring Break, but each kid had a packet of work to complete while on the trip so that they didn’t get too far behind. 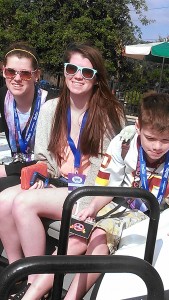 I wondered how I would manage the “Fun” with the “Work” especially having my family with me at Disneyland. I don’t like missing out on fun…ever. Turns out that talking about the trip with my husband and kids BEFORE the trip was the right idea. We talked ahead of time about the conference, about what I would be doing in the sessions, about the time they would spend with their dad, and about the time we would all spend together.

My children are tweens and teens so it is nice to have grownup conversations with them. They “got” that there would be family dinners and family events. They “got” that I would have Conference Session while they went to the park with dad. I will talk in more detail about the conference sessions on Friday and Saturday in another post, but suffice it to say the content and take-away was well worth the price of the conference pass: 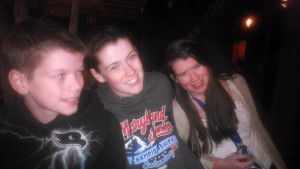 The Family Events were amazing. I’ll write about the family events in more detail in another blog post, but until then here’s a rundown of what we experienced as a family at Disney Social Media Moms Celebration:

Disclosure: I was invited to attend the DSMM Celebration. I paid my own conference fees and received gifts during the conference. All opinions, experiences, and thoughts are my own.

← Get Advice from @ShopYourWay Member Assist to Enhance Your Shopping Experience
Give a Book, Get a Book with Disney #DisneySMMoms →