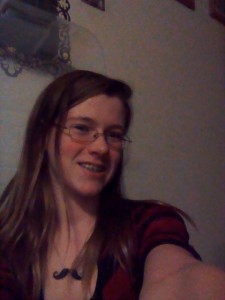 Selfie photo from my teen

These days I’m not surprised by the items on my kids’ Christmas lists. A couple of years ago though, I was caught off guard when my oldest asked for an iPod Touch. She was young…only 9 or 10. Why did she need an iPod Touch? What was an iPod Touch? Would she use it? What would she use it for? Was I ready to let her use it? All these questions and many more buzzed around my brain.

The truth was that I was the one who was “not ready” for her new found love for electronic devices. My teen is one of those kids who never questions her next step. When she decided that she wanted an electronic device, that was it. She never looked back. One day she was all about Polly Pockets, American Girls dolls, and monkeys, and the next day…well, she did not want any toys at all. All she wanted was an iPod Touch. I was shocked. Reeling from shock, actually.

All she wanted was an iPod Touch that Christmas, and then it was a Nintendo DS, and then it was a cell phone. Later a smartphone. From the age of 9 through 12, my teen was ready to take the internet by storm. She wanted to communicate with friends, find information online, and more. Me? I was not ready. With each new request from her, I would explore the internet and check out trusted online resources for guidance, like Common Sense Media.

If it was a gadget, my teen wanted it. Smartphones weren’t nearly as popular with adults a few years ago, and the iPad and tablet had not been developed, so back when she was a tween my teen did not ask for either a smartphone or a tablet device.

The cellphone we gave her for her 12th birthday was a huge deal for us. Many of her friends already had feature phones. She pestered, lobbied, and worked us over for months. Eventually, we justified purchasing the phone since she was regularly dropped off at volleyball practice or volleyball tournaments.  With two other children, my husband and I were constantly driving someone from Point A to Point B to Point C and back home. While we wanted one of us to stay at all her practices and games, it wasn’t practical. We felt better that she had a cellphone in case she needed to reach us. 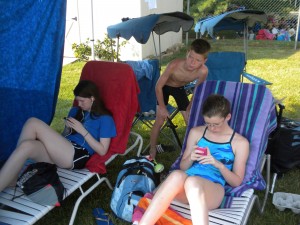 Since she was our oldest child, we were concerned with fostering her safe use of the internet. The feature phone was also our first cell phone purchase for one of the kids. We set up rules for feature phone use for our kids, preteens, and teens:

She is a good kid. She obeyed all our rules…with only a slip up here and there, like not keeping the cell phone charged. She kept the feature phone in mint condition. About the time she was slated to start high school, she began lobbying for a smartphone. At first I wasn’t ready for this transition. As a new user of a smartphone myself, I wasn’t ready to get her a more complicated, not to mention, expensive phone.

I was able to give her my old smartphone, when I got a new smartphone to review. The smartphone she inherited was user-friendly for me to use, so I knew she would have no problem using it. She was ecstatic to have a new phone. The transition from feature phone to smartphone was good, but there were a few hiccups. So we set up some more ground rules:

With two teens and two adults on smartphones, we still use the rules above…amending them here and there as needs arise. It won’t be long before the kid has his own smartphone!

I’m sure, like me, you want to stay informed on how to keep your family safe. Here’s information on family mobile safety:

← Holiday Gift Guide: A Pair of Games To Get Kids Dancing #giftguide
I Miss the Old Days… →