As a child, we traveled a great deal. I lived in three countries. Attended three preschools. Three elementary schools. Two middle schools. And one high school. Lived in seven homes, including one hotel. Yikes that’s a lot of moving!

As well as moving, we vacationed all the time. When we first moved to the U.S., my parents weren’t sure how long we would stay. Consequently in a 6- to 7-year period we visited Niagara falls, Williamsburg (VA), Skyline Drive and Luray Caverns (VA), West Point (NY), Pennsylvania Dutch Country, the Jersey shore, New York City, and Washington, D.C.

One memorable trip was a quickie visit to Disney World. It was 1974. I was about 8. My parents knew that a return to England was in the near future. We stayed off site at a motel in Kissimmee (FL). March can be chilly even in Florida, so I recall wearing a sweatshirt while we were there. It was back in the day where you bought tickets for each ride. We had a handful of “A,” “B,” and “C.” As near as I can recall, you needed 2 A tickets to ride one ride, but only a C ticket to ride something else. While we didn’t ride every single ride, I have vivid memories of Captain Nemo’s 10,000 Leagues Under the Sea, the Hall of Presidents, the Country Bear Jamboree, Tom Sawyer’s Island, the magic Tea Cups, and the Polynesian Resort.

Disney IS the most magical place on earth. While we had taken the kids twice to Disney World, none of us had visited Disneyland. I was anxious to experience a Southern Californian Disney with my husband and kids. After a stay in San Diego, a visit to LegoLand, and a brush with celebrities in Hollywood, we were ready to do Disneyland.

On Day 6 of our trip to Southern California, we hit Disneyland. Our experience was magical from start to finish. Our day began at the park bright and early after a buffet breakfast at our hotel. 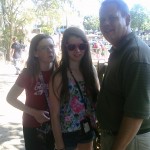 We took a spin on Buzz Lightwear’s Astro Blasters in Tomorrowland. Everyone loves to laugh about Mom’s low score. I guess I have a little hand-eye coordination problem! While we were in Tomorrowland, we also rode Autopia, Finding Nemo Submarine Voyage, Space Mountain, and Star Tours the Adventure Continues. 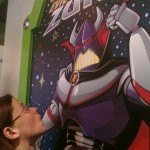 This is not my score! 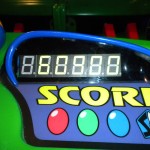 Heading to Tom Sawyer’s Island. I was the most excited to explore the island. The kids were meh about it. Disneyland’s version of Mark Twain’s classic story of growing up in America is very different to Walt Disney World. We spent close to 45 minutes running through caves, climbing ladders, hopping on swing bridges, and generally having a boatload of fun (pun intended!). This part of Adventureland is actually called Pirate’s Lair on Tom Sawyer’s Island. 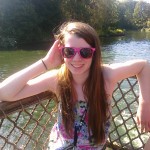 Autopia otherwise known as “Who let that 8-year-old get behind the wheel?!” Actually everyone was a better driver than mom. I needed the hefty bumpers! 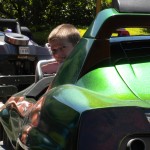 2 comments for “Disneyland Fun for All Ages #seizingfamilytime”