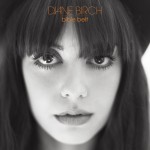 I’m thoroughly enjoying my participation in the www.One2OneNetwork.com — an amazing network for women. I heard about Diane Birch when I was reviewing the http://musingsfromme.com/yanni-voices-as-reviewed-by-a-40-something-mom/. The night before I received I read many tweets about how awesome Bible Belt was. I couldn’t wait to listen to the CD. I was not disappointed.

Do you know what I love about reviewing CDs? The fact that I get to listen to an artist that I would not be exposed to. Diane Birch is a case in point. She sounds “like a combination of early Carole King, Linda Ronstadt, and Stevie Nicks.” Her voice is just a little bit gravelly. The American Idol judges would say she was…oh, why bring those downer people in to this review! No, Diane Birch would not get a good review on American Idol because she has her own style.

Diane Birch is singer-songwriter who used music as a refuge for a childhood spent as the daughter of a preacher in Zimbabwe, South Africa, and Australia. I can relate to Diane Birch’s childhood. Have you read about my childhood? Here’s a glimpse http://www.dcmetromoms.com/2009/06/musings-on-being-a-foreigner-ready-to-post.html I lived in 3 different countries, attended 7 schools, and lived in 8 house. I can relate to Diane Birch!

Diane Birch’s sound on her first album is “mesmerizing” and cannot easily be categorized. To me it’s a cross between jazzy and bluesy with a little country thrown in for good measure.

My fave songs: Mirror, Mirror; Photograph; and Ariel. But really the whole album is a good one.

For more information on tours, etc., go to: http://www.dianebirch.com/