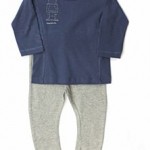 For as long as I can remember one of my children has had opinions. I can remember as an infant that this child would not take a pacifier. She would take a bottle, but only when the bottle was offered to her a third time. That’s right, she wouldn’t take a bottle the first or second time offered, but only when I would offer it to her a third time. Yep, this kid was in control. Not me.

As a toddler and preschooler, my child would not under any circumstances wear any of the clothes I chose for her. Battles would ensue. Wars would start. Tantrums would begin and really never end. Until I came to a realization. As if I had been hit on the head with a brick, I realized that she needed choices. The battles dies down. The wars ended. And the tantrums subsided for the most part. Why? Because I let her choose her own clothing.

I don’t know about you but I love seeing fashions for children in stores or at the mall or even online. I can scroll and peruse and take a gander at fashions for kids. Boys or girls clothing. Little or big kids. Special occasion or everyday. Seeing kids clothing is just super cute, isn’t it?

As I perusing la-di-da I happened upon the cutest little monkey. Who can resist a monkey logo and especially a monkey logo for children’s clothing? Not me, obviously! Appaman has a range of rugged boys’ clothing. You know the type of clothing that just looks great on your little guy. Jeans that are roomy, but not baggy. And a cool windbreaker. Both items are gray, which is perfect for my little guy who likes to get dirty.

I only had to glance at Imps & Elfs to know that I needed to click on the link. Names make the company, am I right? Imps & Elfs have a very unique range of baby and toddler clothing. I say the range is unique because the clothing has a certain spirit that is unlike other children’s clothing companies I have seen. Imps & Elfs have cardigans, two-piece sets, shorts, and tees for boys and girls. Some of the styles are gender neutral, which is always awesome when you have two children close in age, but one is a boy and the other is a girl. The grays, blues, and yellows are muted so that boys and girls can both wear some of the pieces.

This post was brought to you by your friends at la-di-da. The views expressed in this post are my own. I follow the tenets of Blog With Integrity.