I hate getting sick. Touch wood…reaches for wooden desk and taps vigorously…I rarely get sick. I get a flu shot each year without fail. In fact, I haven’t missed a flu shot since the flu shot shortage of 2004 or so. My children and husband each get a flu shot. Still the flu shot can only protect against the flu. I rarely, if ever, get the flu, but I have had a bout or two of the stomach flu. Ick.

Sick in a Hotel and a Long Way from Home

My worst bout with the stomach flu was also my worst sickness experience. Ever. I’m generally only sick when I am at home, but about two years ago I was sick on a trip. It was awful. I was staying in Philadelphia with my family. My teen had a 3-day volleyball tournament. We roadtripped to Philly to cheer her on. My daughter stayed in a hotel room with a couple of her club volleyball teammates, while my husband, my younger children, and I got a room in the same hotel. The first day was amazing. My teen played well in her first two games. At the break she went to lunch with her team, while my husband and I took our younger children took a bus tour of Philly followed by lunch out and then dinner at the hotel.

I woke up in that hotel room at 1 a.m. I was violently ill. I continued to be sick. I slept when I could. I have never been so ill. My husband took the kids out to watch my teen’s volleyball games and see more of Philadelphia while I rested at the hotel. I was exhausted. I was not eating. The only thing that I could keep down were sports drinks. I’ve never been a sports drink drinker. I give sports drinks to my children. They all play sports. Since I don’t play sports, I have never had a use for sports drinks until I was so very sick. Sipping sports drinks gave me the hydration I so desperately needed. The sports drinks, I am sure, also replenished my badly depleted body of the electrolytes I so sorely needed. As the day wore on and my sickness subsided, I felt better. I wasn’t 100% back to my normal self, but I felt better after lots of rest. 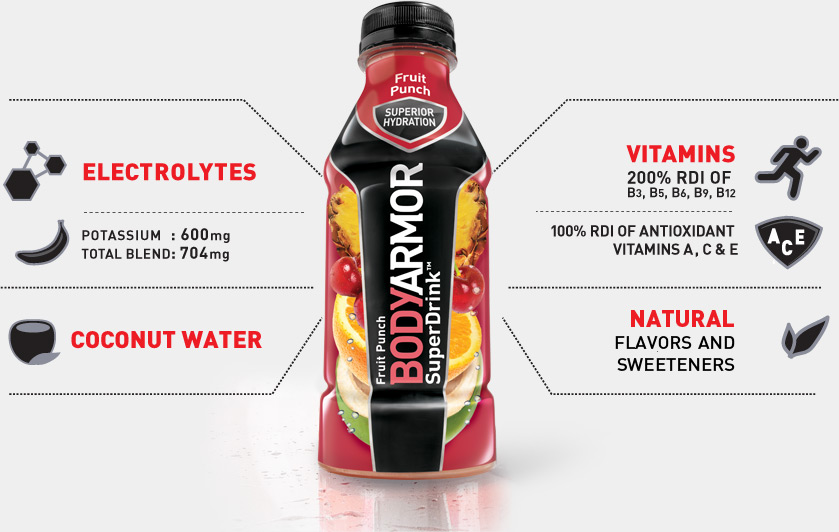 With three kids involved in sports…and a husband who plays sports too…I want them to be ready… To play their best volleyball game. Swim their hardest. Save all the soccer goals. I want to give them sports drinks to rehydrate them and replenish them. I worry about all the sugar and preservatives in sports drinks. I was intrigued to hear about BODYARMOR SuperDrink.

What You Need To Know About BODYARMOR SuperDrink

Click here for a coupon for $1 Off 2 bottles of BODYARMOR Super Drinks.

← 10 Tips for Doing the New York Toy Fair in One Day #toyfair
English Memories: Catching Up on Movies →