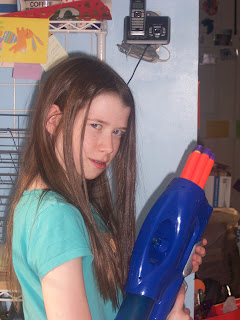 Some of us might have wielded a Nerf Dart Gun during a TV-free moment. 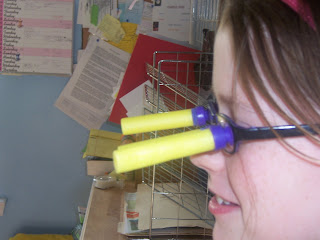 Some of us might have been in the firing line of the Nerf Dart Gun. Oops. 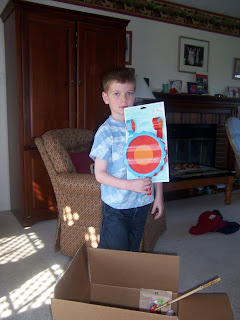 Some of us might have played with our box of groovy toys from Subway’s We Can! program — a good way to stay out of way of the line of fire. 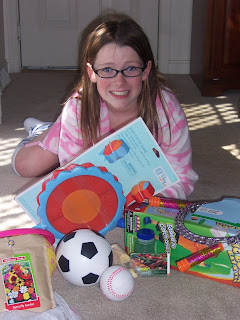 Check out the toys in my Subway/NIH We Can! Giveaway that just ended! I will choose a winner later today!
National TV Turn Off Week was overall a good experience for our family. We played outside. We had longer dinners. We read more at bedtime. My daughters spent time playing in their rooms.

In the interests of full disclosure I have to reveal that we had a couple of missteps:

On Tuesday I had an unexpected meeting at school — my 13-year-old babysat for the 6-year-old and the 10-year-old. She was concerned that my son would get bored, so I let her put on one episode of Planet Earth. It was the most educational program on our TiVo.

On Wednesday we had a family discussion about what constitutes a “screen.” After much discussion and wailing it was decided that a screen meant TV. I allowed my son and daughter to each go on a website — my son played an animal game that I am reviewing. The game is all about learning about different species of animals — I deemed it educational. Hmmph!

On Saturday we had another babysitting conundrum…I drove in one direction to a volleyball tournament with the 13-year-old. Coach Dad drove in the other direction to a volleyball tournament with the 10-year-old. We. Were. Gone. All. Day. What to do with the 6-year-old?The grandparents came to the rescue…and you guessed it my son got to watch a movie. I know, I know, but it was raging hot in DC over the weekend and by letting my son watch a movie my very fair-skinned British parents didn’t have to take him out in the heat of the day. It shouldn’t be this hot in the spring in D.C.

So, we had a few missteps, but overall for the rest of the week the kids did not watch TV. I am especially proud of my middle schooler. She participated even though she didn’t have any incentive to do it. The younger ones are getting an ice cream party at school, but her middle school does not participate. I see a treat in her future…maybe a trip to Starbucks?